Everything You Need To Know About White Horn Kratom

Some of the White Horn kratom reviews out there make me laugh. It’s described as rare, elusive, and it’s origins are stated as almost every country in Southeast Asia, all of which is untrue. So I thought a proper White Horn kratom review was in order, to sort out the truth and the nonsense people say about this awesome strain of kratom.

Plus, I’ll tell you one of the few online stores in the USA, where you can buy pure White Horn kratom, that really packs a punch, and will not leave you disappointed.

What Is Horned Kratom?

Horned kratom is not named after a region, nor is it a marketing name like Maeng Da.

Horned kratom is named after the shape of the leaf, the edges of which are shaped like little horns. This sets it apart from all other kratom trees (Mitragyna speciosa ) species.

But does this translate into a unique group of effects, or is it just that the leaves have developed a different shape due to where it predominantly grows, which is in certain regions of Indonesia?

Well, White Horn kratom effects are actually just like a traditional white kratom, so in that way, it’s not unusual.

White Horn kratom effects are definitely stimulating, with it being one of the most stimulating types of white kratom I’ve ever experienced, except for an Ultra Enhanced white kratom, or genuine White Maeng Da.

So the effects of White Horn kratom are all uplifting and stimulating, you are not going to get much sedation or pain relief from white kratom generally, and possibly even less from White Horn. It’s really quite potent, but brilliant if you need to get stuff done, or you want to go out and party. 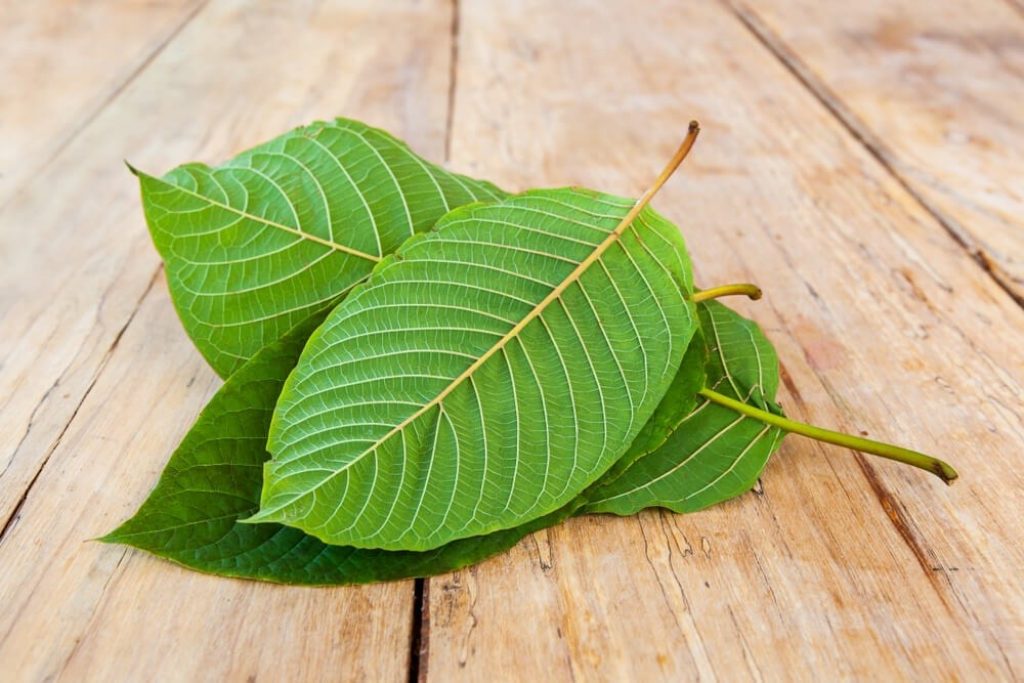 What White Horn Dosage To Take?

Kratom is a spectrum drug. What that means is that the effects are different at different ends of the spectrum, which is all about the type of kratom, and the dose.

In terms of what White Horn kratom dosage to take, it’s about the effects you want, whether you want adequate stimulation mentally and physically, or if you want to tip over into euphoria and out-of-control energy levels.

You’ll also have to factor in having pure kratom, as it’s obvious you won’t get the effects at the same level of dose if it’s not.

Plus, personal factors will come into how the effects pan out as well. If you’re obese, mentally, or physically, unwell, or you have eaten recently, then that could all affect how kratom interacts in your body.

If you’re new to kratom, and you are giving White Horned kratom a go for the first time, to see what the effects are like, I would recommend you work your way up to a dose scale as follows:

In terms of getting a euphoric high from White Horn kratom, an overwhelming dose is going to be required, you’re looking at around 7 g or more. That’s quite a lot, and I would not recommend you go anywhere near that amount initially, or more than once in a while, in case you build up a tolerance to kratom.

The reason I talk about needing a lot for a euphoric high is White Horned kratom is not always linked to intense euphoria, in the way that some other strains like White Bali are. It’s all about the balance of alkaloids, and the volume of dose you will need to achieve that true out-of-control, euphoric white kratom high.

So if you’re looking to experience a really intense kratom high, then I’m not going to recommend White Horned kratom to you.

Rather than achieving euphoric high, you could just get so much energy, irritability and out-of-control enthusiasm in you, the just struggle to stop and do anything, and in fact, a lot of people don’t enjoy that experience. 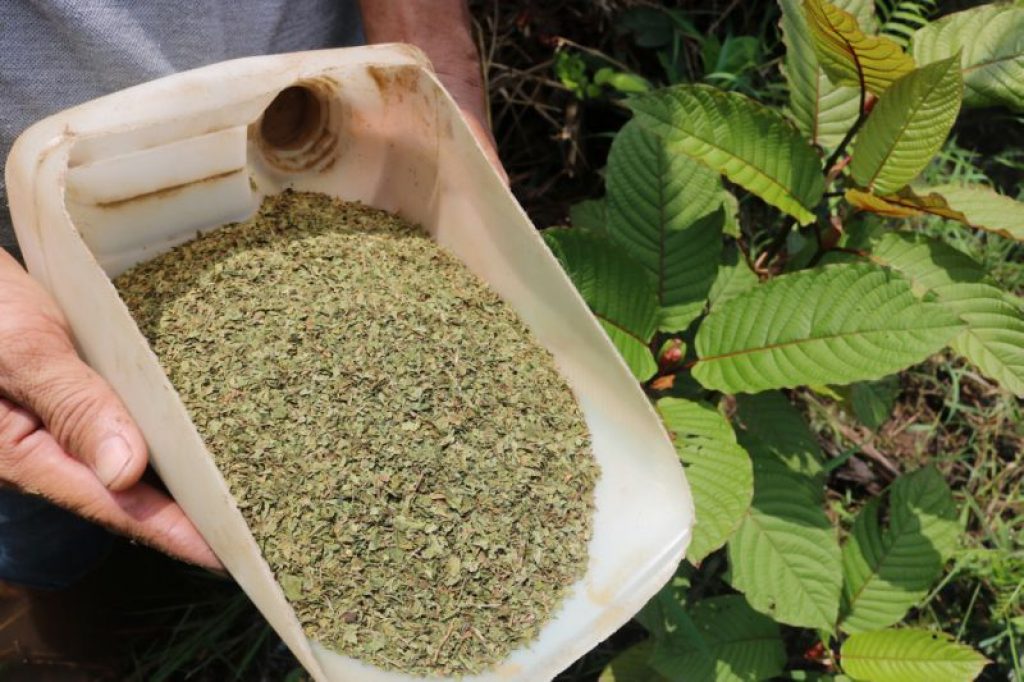 When it comes to a straight fight between White Horn Vs Red Horn, it’s like two sides of the same coin, comparable in some ways, but different in others.

So I guess at low dose, and I’m talking up to about 3 g, you could get away with it, but above that, White Horn kratom effects, against red, start to head towards the opposite ends of the spectrum, with White Horn sending you upwards with massive energy, enthusiasm and focus, and red sending you downwards into relaxation, anxiety relief, and analgesia.

For me, the number one place I would go to buy kratom, the only USA retailer that consistently delivers on everything, is Kratora.

They import directly from the source, from Southeast Asia, from the people who actually make the kratom with care, sustainably and organically.

The lab test each batch on arrival, so you know you’re getting the real deal, and they publish the results. Plus they even have a charitable trust, which funds research into kratom benefits.

So look, if you’re looking to get your hands on some pure White Vein Horned kratom, to send you into orbit, with energy, enthusiasm, and just wanting to get on with everything, then Kratora is the place to go.

I’ve experienced their White Horn Borneo kratom on numerous occasions, and the effects are superb, but again, I would urge caution. It’s pure so the effects of the White-Horned Borneo kratom, from Kratora will be full on. 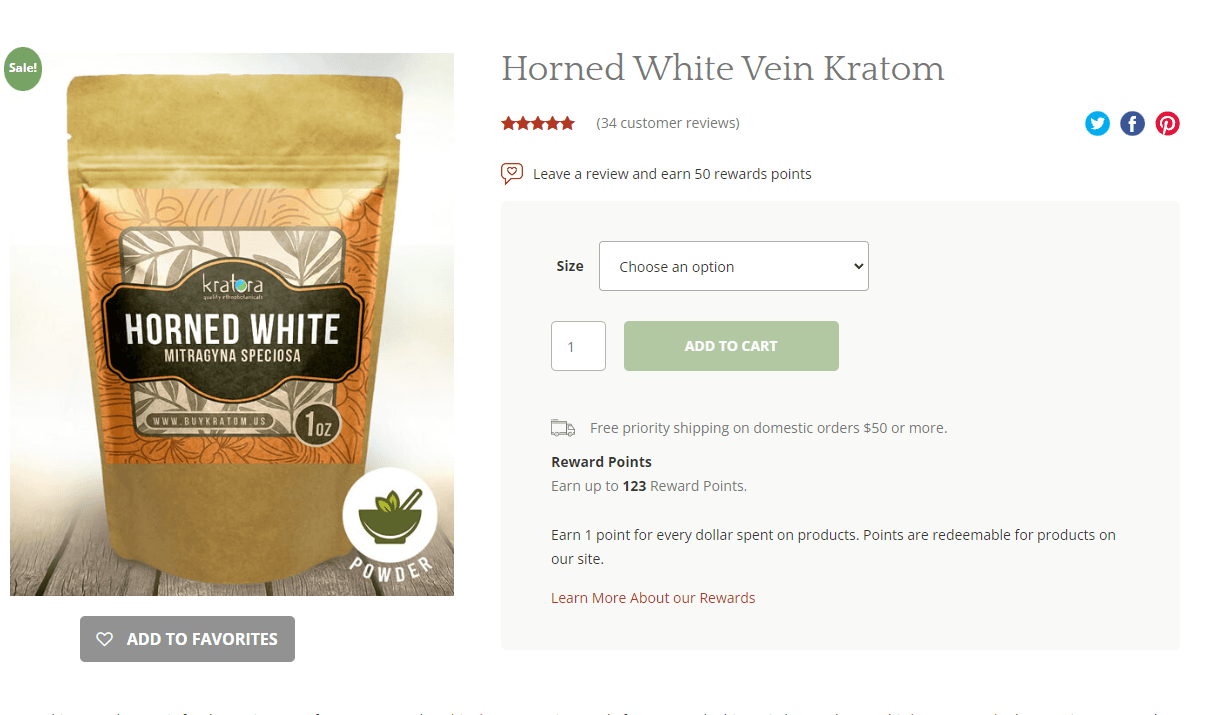 Where To Buy Pure Kratom Extracts That Work