White Borneo Kratom: Is It Really That Good?

Plus, I’ll tell you exactly where you can buy White Borneo kratom powder, that is imported from source, and is guaranteed to be the highest quality of purity.

What Exactly Is White Borneo Kratom?

It’s really difficult to explain kratom unless you actually take it. Kratom is a spectrum substance, meaning that its effects range from one extreme to the other, and anything in between.

White kratom can be almost purely uplifting, energizing, euphoric. But it can also have elements of calm and analgesia. White Borneo kratom falls into that second category.

On the spectrum, you have white, green, then red, with uplifting, euphoric, energizing focus at one end, and analgesic sedation at the other. Surprisingly, white Borneo has elements across that spectrum.

An aggressive white like white Bali can be incredibly euphoric, energizing, and opiate-like in its effects.

White Borneo actually feels a bit more like a green kratom, with an edge of gentle red kratom.

So the effects of white Borneo kratom tend to be slightly more sedative and relaxing the most whites, but still retaining energy and focus. It’s actually an incredibly flexible strain of kratom, which can be incredibly nuanced, depending on the dose.

Which is a shame, because it means a lot of people overlook white Borneo kratom because they just associate whites with energy. They assume it’s not going to be any good for anxiety, relaxation, and they look the other way.

But white Borneo can actually produce a beautiful combination of improved energy and focus, alongside a feeling of calm control. 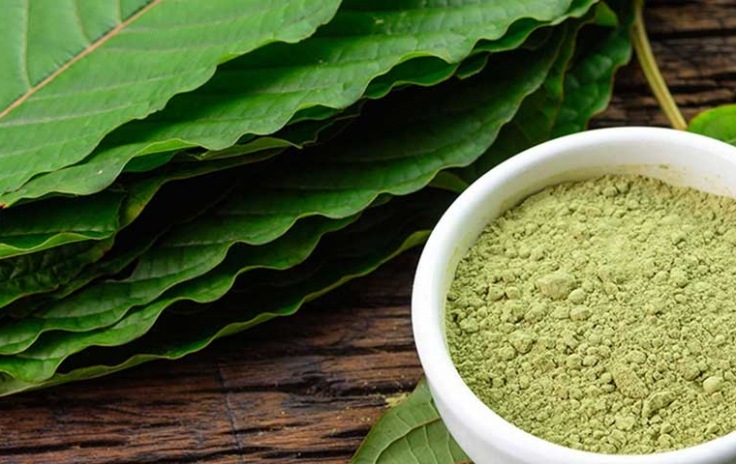 What Is The Right White Borneo Kratom Dosage?

It’s really difficult to talk about specific dosage when it comes to kratom generally. When it comes to telling you about the correct white Borneo kratom dosage, it’s actually almost impossible to quantify.

The reason is that there are so many variables:

I’d always advise somebody new to kratom to start with a single gram. If you’re experienced with kratom, then sure, start with a couple of grams if you’ve never tried that strain before.

If you’ve got really good quality kratom, really fine powder, packed with alkaloids, that’s been sourced directly from Asia, and lab tested for quality, then around 3-4 grams should start to hit the sweet spot. If it doesn’t, you haven’t got great kratom.

Now look, this is where it gets confusing about white Borneo kratom powder, and how people describe white Borneo kratom effects.  You will read online about how white Borneo has different effects on white Indo. But then you’ll also read within those descriptions that they actually sound quite similar.

There’s a reason for that confusion. Borneo is the biggest island in Indonesia. Indonesian kratom and Borneo kratom are basically the same things. White Borneo kratom effects are described exactly as I’ve said, it’s quite a chilling out strain, it’s sedative, focusing, but only slightly energizing

White Indo is exactly the same. In fact, only a third of people in a kratom survey said that white Indo had a typical white overwhelming physical energy boost, which makes it sound exactly like… White Borneo.

So the bottom line is that Indonesian kratom tends to have the same qualities, regardless of whether it’s classified as Borneo or Indo, and that’s definitely the case with white Borneo kratom powder.

However, that’s to discount the fact that they can be subtle differences if you get really great quality Borneo kratom powder. Because it can definitely be slightly more relaxing, while still retaining the same energy levels as Indo.

No genuine white Borneo kratom review would be honest unless it mentions the fact that you need the best quality so that you can use the minimum white Borneo kratom dosage for your needs. Some sites will try and tell you to need gram after gram of kratom, but that’s not true if you have great quality powder.

Possibly the most well-established, professional kratom retailer in the USA today. They literally only sell kratom powder. But it’s the finest, smoothest, richest kratom you will find.

The lab test each batch that arrives, and they publish the results. They are proud of their kratom.

For me, if you’re looking for white Borneo kratom powder, then the stuff they sell will blow your mind with just a few grams. You won’t need a huge dosage to experience the full effects of White Borneo, a beautiful, smooth relaxation, but with energy and focus, and although it isn’t cheap, you know you’re getting quality.

They aren’t as well-known as Coastline, but I’m assuring you that the quality and service are just as good. They do a fantastic white vein Borneo kratom, and they do green vein Borneo as well, so you can experience the quality of this strain with the greater edge of white, or the slightly less intense effects of green.

Yellow Vein Kratom: Everything You Need To Know About This Special Kratom

Green Malay Kratom: A Kratom For Everyone?