Home » Cannabis » The Top 5 Health Benefits of Marijuana: You Won’t Believe How Healthy Weed Is
Cannabis

The Top 5 Health Benefits of Marijuana: You Won’t Believe How Healthy Weed Is

My sweet Mary Jane is there anything better than coming home from a hard day at work, sitting down, reclining in your chair and lighting one up. Many things pale in comparison to the marvel and relaxation one feels when the weed hits in.

While some people use weed just to relax and have a chill time, many others use it for its medical properties. You see, weed has been used for thousands of years owing to its popularity to the vast benefits it provides to the user.

There is still a lot to be learned regarding the effects of marijuana and new health benefits are constantly being discovered by scientists.

With that being said, in this article, we’re going to be listing down the top five health benefits of marijuana, so be prepared to learn something new and let this write-up make your smoking time seem that much more productive!

Chronic pain is defined as pain that lasts for an inordinate amount of time, usually more than three months. It could be something benign that is just a minor inconvenience but it can also be a burden on your life, not letting you enjoy your time here on earth.

A study has shown that more than 64% of users that consume weed on a daily basis do so to fight their chronic pain. Marijuana is very well known for its soothing effects throughout the body, helping against inflammation and even being used by bodybuilders to cut their recovery times.

Users report that they are far more happy with using marijuana as a treatment for chronic pain, rather than pills such as Oxycodone that cause addiction and dependence. Another added benefit of weed is that it is virtually impossible to overdose on it, unless you’re actively trying to kill yourself.

The reason why marijuana is such a great painkiller is due to its effects on the endocannabinoid system, which is believed to play a huge part in how our body deals and regulates pain. When marijuana is introduced into the body, it affects the endocannabinoid system in such a way that pain is not felt anymore, as a study has shown on those suffering from multiple sclerosis.

All in all, there is mounting evidence that marijuana (and kratom ) treat chronic pain better than any opioid out there and that risk for addiction is significantly lower when compared to opioids. 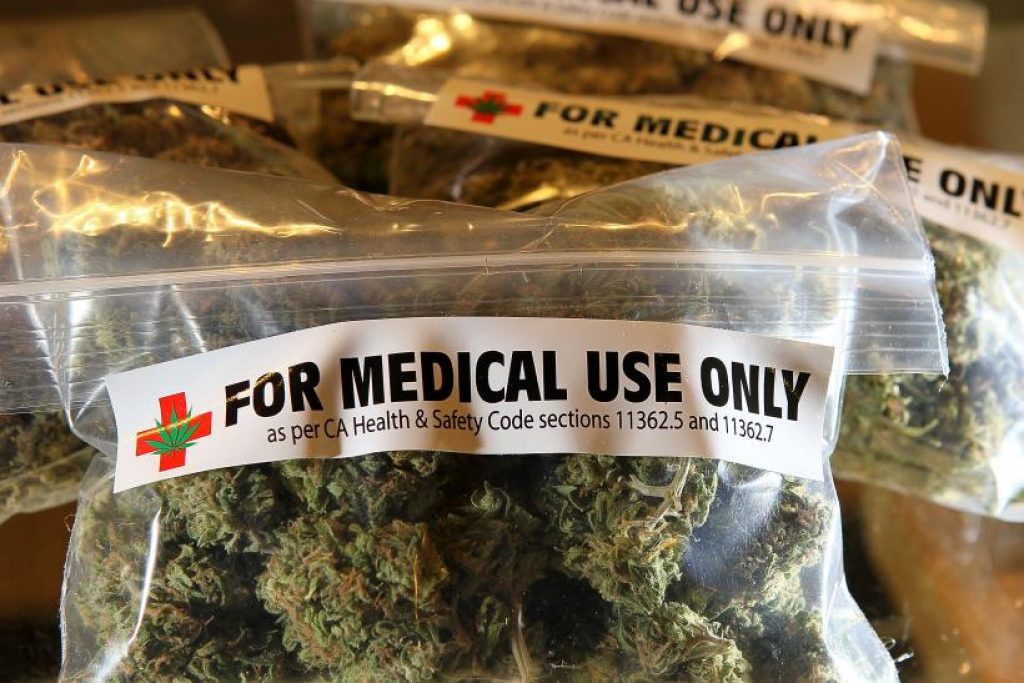 The great thing about smoking marijuana is that you don’t have to worry about lung cancer. Moreover, studies confirm that you’re actually more likely to have better and healthier lungs when compared to cigarette smokers and even non-smokers themselves!

One reason behind this phenomenon is that weed smokers usually take huge puffs that trains the lungs and make them have a larger capacity for air. This improves circulation and causes your body to imbue more oxygen, leading to healthier cells and an overall sense of well being.

It has also been shown that marijuana smokers that suffer from asthma can vastly benefit from the healing properties of the plant. The reason behind that is because marijuana reduces airflow inflammation and airway hyper-responsiveness.

It also has antitussive effects which means that it completely relieves coughing and ails related to coughing.

Those suffering from asthma will also benefit from the bronchial restriction marijuana use prevents, which is a godsend for those afflicted with that disease.

It has also been shown that unlike cigarettes, marijuana alone doesn’t cause any problems in the lungs. It only becomes a problem when you start rolling joints than the effects of marijuana are diminished since you’re using tobacco as well, so make sure that if you’re a heavy smoker or have a preexisting condition that you only use pure weed. It might be a bit more costly and harder to imbue, but it’s completely worth it because of your own health.

It is no secret that marijuana users are, on average, a lot slimmer than non-users. One might think that the munchies a user gets when he takes marijuana might make him fatter, but the opposite is actually true as marijuana affects the body in regards to insulin regulation, which not only helps against diabetes but also speeds up your caloric output.

These statements are all confirmed by science, as a study conducted in 2011 showed that marijuana users had 37% lower rates of obesity. As we all know, obesity is a giant killer in America and accounts for 13% of our total mortality rate which means that marijuana has a major role in preventing deaths in our country.

Moving on, marijuana has been shown to be effective in treating eating disorders. This is all due to the effect marijuana has on the insula. The insula is there to let us feel the food that we’re eating and enjoy to the fullest. Patients with eating disorders such as anorexia or bulimia have a diminished insula, meaning that they don’t experience the same kind of pleasure as we do when they eat food. Instead, they experience anxiety and trauma. By increasing the active role of the insula, marijuana helps people with eating disorders rediscover their joy for food again and lessens the negative emotions these people have associated with it.

This has all been well documented in several studies, with patients showing marked improvements when compared to those that didn’t take marijuana.

Cancer is a huge problem in our society and a reliable cure is far from being found owing to the fact that there are so many of them and that they are constantly evolving.

Chemotherapy is one thing that works but it has many adverse side effects, such as an inability to eat, nausea and the destruction of healthy cells alongside cancer cells. These are all problems marijuana use helps to solve and here is a breakdown of how it does so.

First of all, it causes munchies which potentiates the hunger a user feels, leading to more calories to be consumed by cancer patients, something which they desperately need.

Secondly, it helps to deal with nausea and headaches a user feels after a chemotherapy session.

Additionally, a study has shown that marijuana successfully stops cancer growth and keeps our healthy cells save from the radiation. This study even had a placebo group which means that everything was completely legitimate.

The best thing of all is that marijuana itself kills cancer cells and it is even recommended by government sites such as cancer.gov. Not only that, but it also decreases the flow of blood to the tumor and by doing so, it stops its rapid growth and spread.

The reason why it works so well against cancer is that marijuana is filled with cannabinoids which are known for their anti-cancer properties. This has been well documented and the results published in this nationwide study. 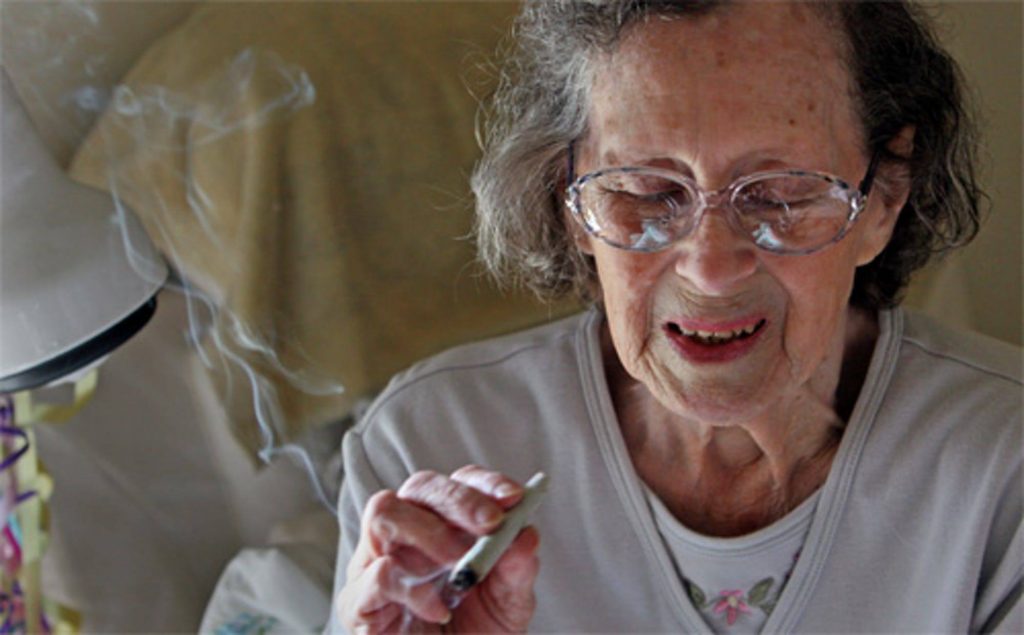 The thing is, weed is only known to cause anxiety when you take too much of it and this can only be a couple of puffs if your weed is good and you have a low tolerance.

With that being said, a scientific study conducted at the Washington State University found out that weed actually helps alleviate symptoms of anxiety, with the only caveat being that it only lasts for as long as the weed is in your system, meaning that it’s not a permanent solution (unless you smoke every day).

The highlight of the study was definitely the fact that women experienced the most benefits out of smoking weed, which was an unexpected result. Moreover, the study confirmed that marijuana also decreased the amount of reported stress user experiences, as well as rates of depression.

There is one thing left to mention and that is that long-term marijuana use for depression, anxiety, and stress may cause psychological addiction. You’ll have to be careful and take tolerance breaks at least every month or so, which is not only beneficial for your wallet but it also lets marijuana do its magic.

Marijuana has been scientifically proven to reduce seizures, increase creativity, improve autoimmune disorders, fight against inflammatory bowel diseases, lessen the pain of multiple sclerosis, slow the progression of Alzheimer’s disease and it is used to treat Glaucoma.

Have fun blazing up now that you’re aware of all these amazing benefits marijuana has!