Finding good Salvia Divinorum for sale is sometimes like finding gold dust at the bottom of the river. But that’s the same as other legal highs and psychedelics, such as the widely used kratom. But the good news is that you can get your hands on some great experiences if you know where to buy good quality Salvias.

So let’s take a look at exactly what Salvia is, what its effects are, the legal status of Salvia in the USA. I’ll also explain how you take it.

Plus, I’ll tell you what Salvia extracts are, and how they differ from standard powder.

I’ll also tell you about the differences, and similarities between Salvia and Kratom, so you can make an informed choice on which could be best for you, as well as letting you know about where you can find really high-quality Salvia Divinorum for sale in both USA and Europe.

Salvia Divinorum: What Is It Exactly?

Salvia has been known for a long time to have pretty intense psychedelic properties. You can drink it in tea, smoke it, or chew it. It’s primarily smoked because that’s the quickest way to get the biggest concentration of the psychedelic active ingredient quickly.

It is a native species of Mexico, which is why it is linked with use by central American native populations, such as the Mazatecs, whose Shamen used it for visionary guidance.

It has psychoactive properties thanks to its structurally unique psychoactive compound Salvinorin A, which is an opiate and activates the opioid receptors in the body.

Surprisingly, considering its broad legality in the USA, it is one of the most potent naturally occurring psychoactive compounds known to man.

Because the psychoactive compound in Salvia is a potent k-opioid agonist, it has the ability to induce potent visionary states of altered consciousness, especially at higher doses.

What’s important to understand about the effects of Salvia, apart from the fact that you need to know where to buy Salvias that are high quality to get the full effects, is that its onset is rapid. We are talking as little as one minute in most cases if you smoke it.

You can literally go from feeling fine to floating away on a visionary cloud, or feeling like you are being pulled through the floor, in a matter of moments. It can be quite unsettling the first time you do it, and it’s definitely not for the fainthearted. But it can also be a beautiful, visionary experience.

You should always have somebody with you when you take Salvia, especially the first time, because of its rapid onset, and the way that it can make you feel like you have left your body, and literally take you out of reality.

Broadly speaking, you can expect the following group of effects to hit you like a steam train after inhaling Salvia:

Side effects, particularly at higher doses, can include nausea, dizziness, an irregular heart rate, and in rare cases a loss of motor functions temporarily.

Although Salvia is thankfully not high on the addictive scale, anxiety and panic attacks from bad trips can cause problems for vulnerable people. If you already have mental health problems, then Salvia should be treated with extreme respect. 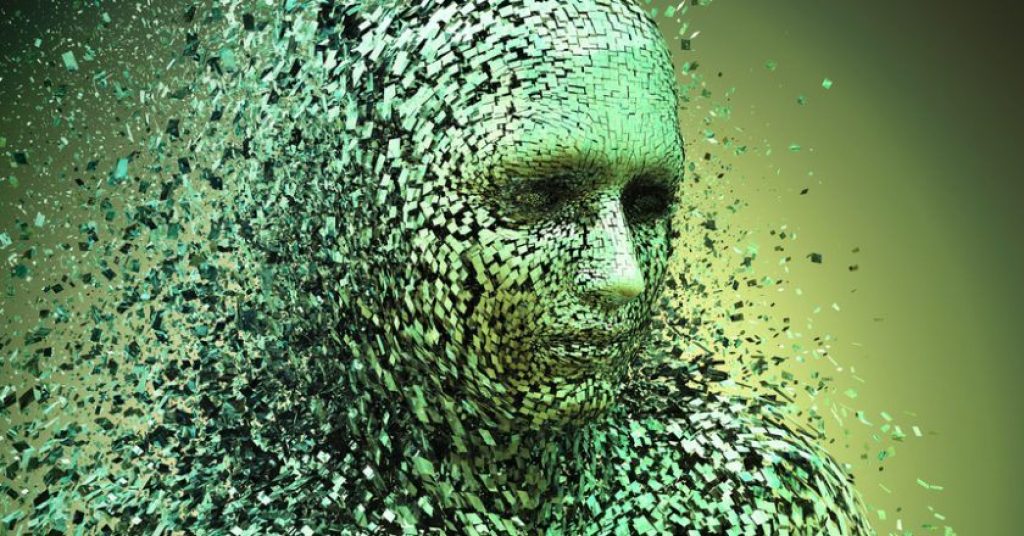 How To Take Salvia

Salvia is mostly used in pipes, especially modern water pipes, bongs, that cool the vapor. The result is an intense hit that takes over in a matter of moments.

You need a high temperature, around 240°C, to release the active compound Salvinorin A from the plant matter. That’s why it’s important that when you buy Salvia, that you get pure, good quality Salvia, to burn it efficiently.

Although sometimes consumed in tea, Salvia is mostly inactivated through oral ingestion, because of how the digestive system destroys the active compound.

However, some people do get a high from drinking it as tea, by holding it in the mouth before swallowing. It’s the same with a Salvia tincture, which is held under the tongue, and chewed. It’s all about ingesting the active compound in the mouth before it hits the digestive tract.

How Much salvias Should You Take?

A safe dose or an adequate dose of Salvia will very much depend on the quality of the Molly D that you acquire.

If you are smoking it, up to 1 g is considered safe, with most people requiring well below that level to get the full effects.

The advice I always give with anything, kratom, Salvia, or any other type of legal high, is to always start with a very low dose, and sensibly experiment upwards.

Never start with a big dose, especially with something as potent as pure Salvia. If you do, you could find yourself rendered absolutely incapable almost immediately, and remain in that state for up to an hour, sometimes longer. That’s why it is also advisable to make sure you are around other people.

In terms of dose, it’s a slightly different picture for salvia extracts, which I will talk to you about in a moment. 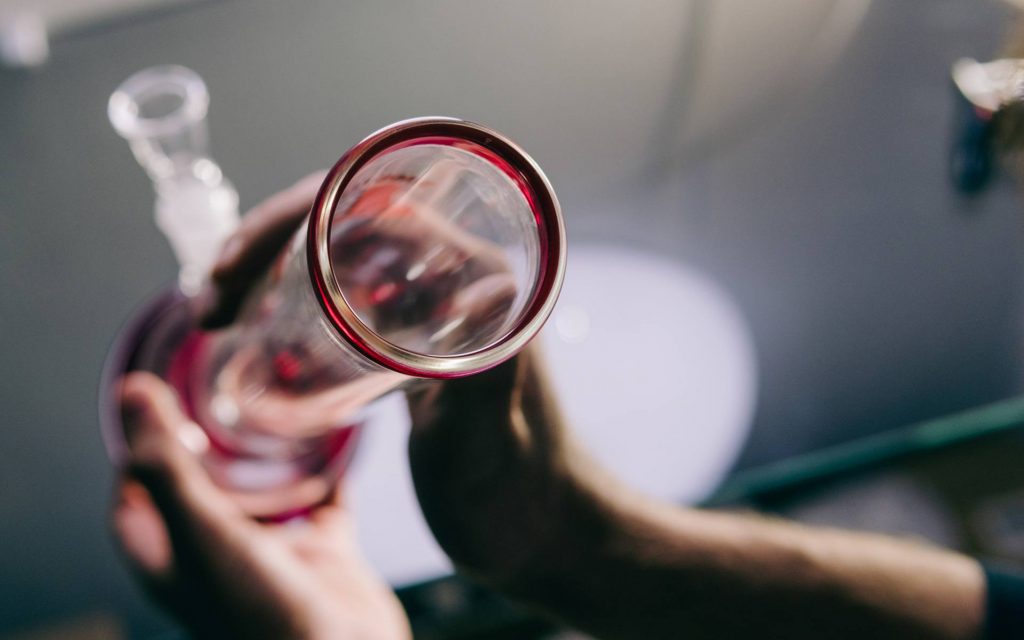 Salvia extracts are a very potent form of this hallucinogenic drug. It’s the same as with kratom extracts, you are given multiple numbers to indicate the strength, for example 10x, 20x, 50x and 60x.

A common misconception is that this indicates a potency multiplier, meaning that 10x is 10 times more potent in terms of its psychoactive content than standard Salvia.

This is not the case. What that multiplier mostly refers to is the number of leaves from the Salvia bush that we used to make 1 g of Salvia.

Salvia leaves in their original dried form are not that potent. Sure, if you smoke then you will get a hit, and if you chew them in a tincture, or drink them in tea, you will get a mild high. But it’s the forming of extracts that makes them very potent.

So what happens is that 10 g of leaves are boiled down to make 1 g of extract. This makes it very strong, and why it has to be treated with a lot of respect.

To give you an idea, studies have shown that as little as 500 micrograms can produce a mild hallucinogenic effect. Some 20x salvia extract packs can contain as much as 60 mg per gram of extract.

However, it’s a slightly more confusing picture than that. Sometimes when people are selling Salvia extract, the multiplier refers to the number of milligrams of active alkaloid per gram, so 40x means 40 mg of alkaloid per gram of powder. It’s always worth checking before buying, as the strengths can be deceptive. 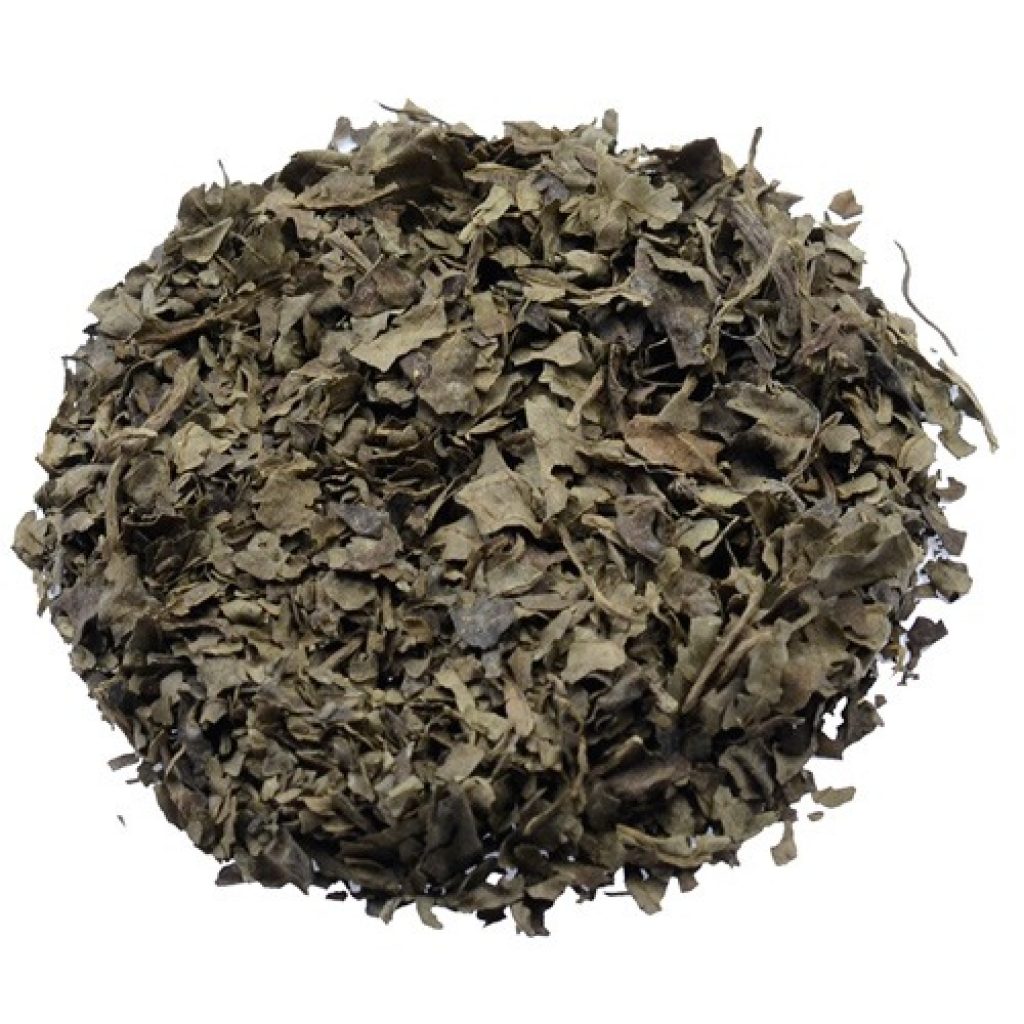 Legal Status Of Salvia Divinorum In The USA

It’s interesting how fame can influence policy. Salvia flew under the radar for a long time, with the FDA, DEA, and other agencies taking no notice of it until Miley Cyrus was seen smoking it on YouTube back in 2011.

Because of Miley Cyrus being so popular at the time, sales of water bongs and Salvia rocketed, even amongst people in their early teenage years, which was obviously a concern considering its incredibly high potency and disassociating effects.

Having said that, there are numerous state laws in place which affect its legality at that level. These include limits on buying, selling, growing, and using Salvia.

Confusingly, within those states some have banned extracts, while others have only banned possession of plants, others dried leaf, and other states all of them, or a combination.

Currently, Salvia is completely outlawed in:

So if you are wondering where you can find Salvia Divinorum extracts for sale, then outside of those eight states, it is in some form legal, and available to buy and sell. But of course, it’s always worth googling your local state laws if you are concerned about the legal status of Salvia where you live.

Salvia Compared To Other Legal Psychedelics For Sale

Look, I’ve tried Salvia and kratom, and I laugh when I see online people saying they are very similar. They are both legal highs that interact with the opioid receptors. But that’s where the similarity ends.

Let me tell you, the effects of Salvia are like night and day compared to kratom. Sure, a high dose of kratom can be quite intense, but a good dose of Salvia take you to another planet.

When people talk about comparing legal psychedelics for sale, Salvia and kratom are definitely the two most popular legal highs out there. Well, mostly legal in the USA anyway.

With kratom, although you get a rush of energy, enthusiasm, euphoria, deep relaxation, and immense pain relief, you’re always aware of yourself and your surroundings.

That’s simply not the case with salvia. That’s why it’s called Diviners Sage. It literally transports you out of your body, throws it all around for up to an hour, and then slowly puts the parts back together.

So if you’re thinking of trying legal psychedelics, then kratom for me, is not a true psychedelic.

But Salvia certainly is. It completely disassociates you from reality, puts you in a deep trance-like state, and you can literally drift out of your body. To compare kratom to Salvia is dangerous. 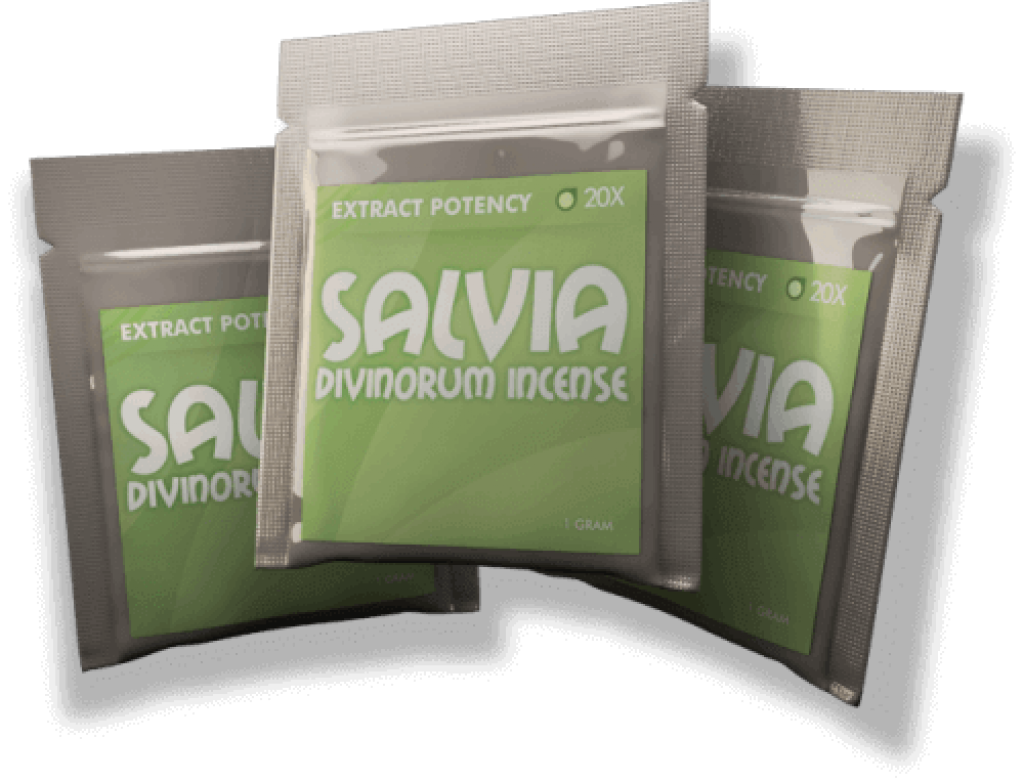 Where To Buy Salvias

If you are looking to find high-quality Salvia Divinorum extract for sale, and you really should only be looking for the extract to get the proper experience, then there aren’t actually that many good places to buy it.

You can buy great quality kratom from a handful of places in the USA, and I’ve used them all over the past couple of years. But Salvia is a completely different animal, and to be honest, a very niche market in comparison to kratom, because of its incredibly intense effects.

If you’re in the USA, then I’ve had great success with buying various strengths of Salvia extract from SalviaExtract.com.

They sell Salvia extracts in every strength from 10x through to 140x. I’m seriously telling you, steer clear of the higher strengths unless you are experienced, and closely watched during the trip because it will literally transport you off the planet. They also sell kratom, which means you can definitely spend your money easily.

You’ll get a 30-day money back guarantee, first class shipping in three days, plus, if you use bitcoin, you get a 15% discount. I don’t use bitcoin, but if you do, that’s a hefty saving.

If you’re in Europe, then AvalonMagicPlants.com is the recommended place for people wondering where to buy salvias from.

They have a long pedigree in business, are well trusted, and ship across the whole of Europe with no problems from customs. They are based in the Netherlands, where cannabis is completely legal, as are many other drugs that aren’t in other parts of Europe.

The Salvia  Divinorum for sale is beautiful quality, and they do salvia extracts from 5x up to 80x strength, giving you a brilliant range to experiment with. Again, the higher strengths of extract should never be used by a beginner, and unless you are with other people who are experienced.

You do get free shipping, but only on orders over €175, which is quite an outlay. So if you’re going to do a shop there, do a big shop.

They also accept bitcoin payments. This could be really beneficial for people in countries where it’s difficult to order from. Although there are payment gateways that can be used, you may find that it’s easier to cover your tracks and get your order successfully by using untraceable, de-personalized cryptocurrency.

So there you go, a place in the USA, and a place in Europe, where you will find Salvia Divinorum extract for sale. In addition, they sell other legal psychedelics as well, which means you can definitely experiment with a ride range of legal highs, to see which suits you best.

Monkey Whizz Synthetic Urine: Does It Work For A Pre-Employment?