People get really hung up on the different types of kratom. What’s not well known, is that a lot the difference is in the name only, due to unscrupulous sellers. But if you get pure kratom, then there are differences in the strains, which is what I’m going to explain in this review.

You see, a lot of kratoms is just mass-produced on farms nowadays and then imported into the USA. Whoever is packaging it doesn’t always stick to where it’s come from, what it is, and sometimes they even mix it up. So you might think you’re getting Red Vein Borneo kratom, but you’re actually getting a generic red kratom.

But that’s not the whole story, And if you get genuine, pure kratom, from a reputable seller, then Red Borneo kratom effects are definitely subtly different to some other reds like Bali and Thai. But what is that difference?

So let’s just dive straight in and talk about Red Borneo kratom effects, as that’s why you’re here.

But, I’ve experienced pure Red Borneo, because, with some research, I’ve found a few retailers who import it properly and label it correctly.

The effects of Red Borneo kratom tend to be sedating and relaxing, with a little uplift in energy. It’s a perfect strain of kratom for alcohol withdrawal! You’ll feel really chilled out, get significant pain relief, and will want to just drop out and relax.

So it is a classic kratom red, but it’s not as opiate-like as red Bali, which can be very heavy in its sedative effects. However, that doesn’t mean Red Borneo isn’t capable of an opiate-like high or inducing euphoria. 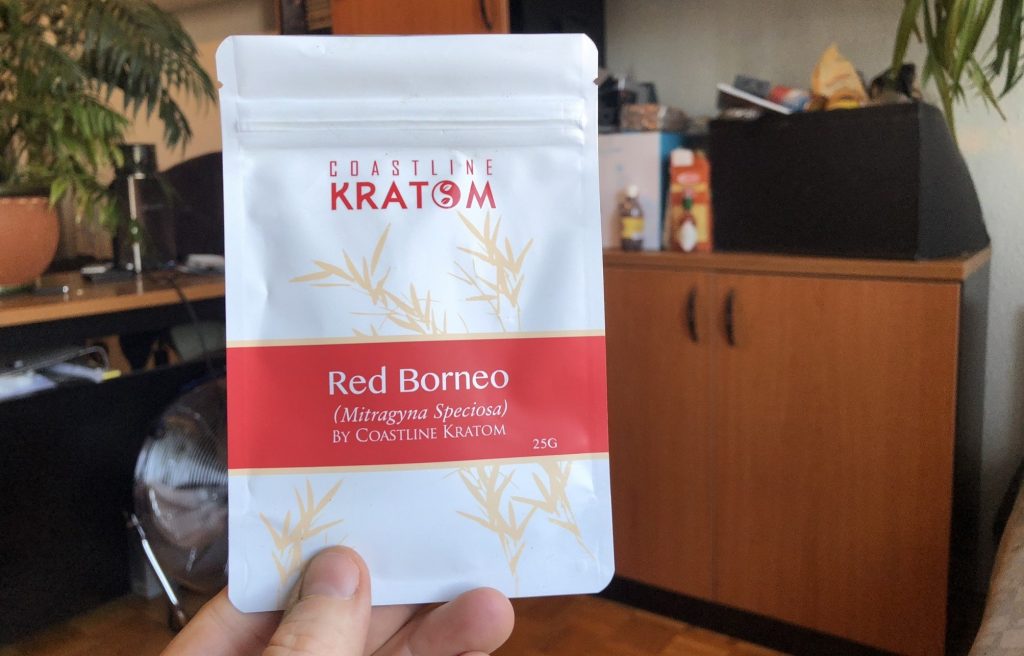 Red strains, as with all kratom, has a spectrum of effects. At lower doses it tends to be energizing, focusing. With reds, there is less of that, and instead more pain relief and calm induced.

The higher the dose, the more sedated and analgesic red kratom will be. By the time you get to a high dose, pretty much all red kratom is going to feel the same. However, some have a more opiate-like experience at higher doses than others.

As well as the subtle differences in strain, the quality matters a lot. Plus, you have to take into account the type of person you are, how you’re taking kratom, and whether your stomach is empty. So it’s really tough to talk about specific doses of Red Borneo.

However, I would always suggest that as a beginner you only take a couple of grams. You should feel the full effects around four grams, and a strong dose where kratom starts to take over and chill you right out will usually be around six grams.

If you’re not sure about where to start with your initial dosage, start with a couple of grams, and work up a gram at a time. That way you’ll be able to feel the effects of Red Borneo increase each time until you reach the point you know the full effects are working for you. 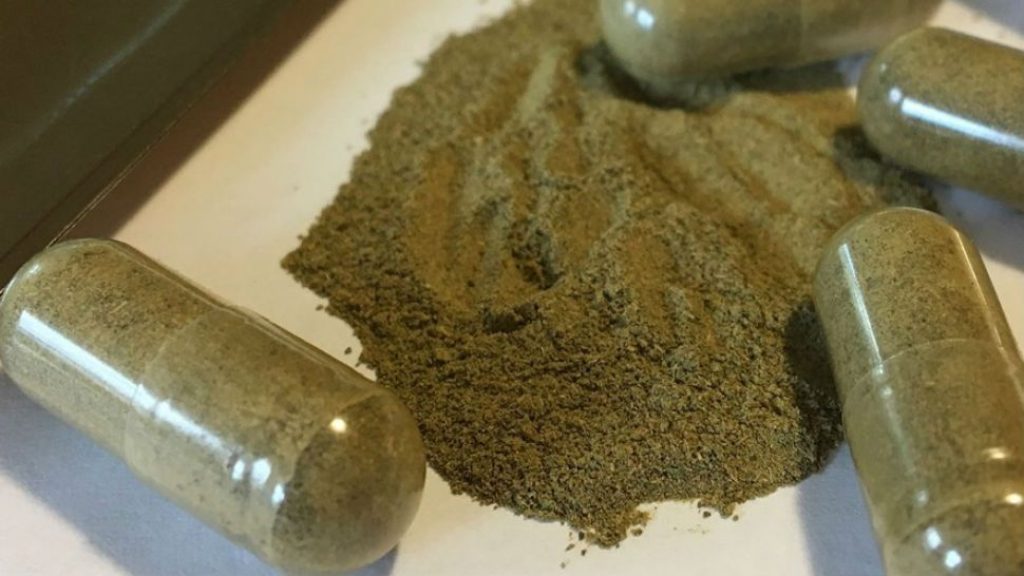 People are always asking if kratom can create euphoria, although it’s more of a common question with white strains.

There’s a bit of confusion because when people say euphoria, they really mean does it make you high. More specifically for some people, they want to know if you can get an opiate-like high, which is different from euphoria.

White kratom can definitely create euphoria, it’s like you want to get up and party, with loads of energy and happiness. Red kratom can do that as well, but not to the same degree of energy, and the high you can get tends to be more chilled out, pain and worries disappearing as you drift.

So yes, Red Vein Borneo euphoria is possible, but within the context of a typical red high, which is more opiate-like than you can experience with white kratom.

Ultra enhanced kratom is special, but only if you can get the real deal. It’s made by creating a resin that is then ground down and added to standard kratom, in effect potentially doubling the number of active alkaloids in the kratom.

That’s why it’s far more expensive and far more potent. But as I say, Ultra Enhanced Red Borneo is only going to be good if it’s the real thing, which is why you need trusted retailers who import directly from the source.

But if you do get hold of proper Ultra Enhanced Borneo, then you need to treat it with respect. If you go straight in taking six grams of UERB, it could be overwhelming, and you just won’t function for several hours. 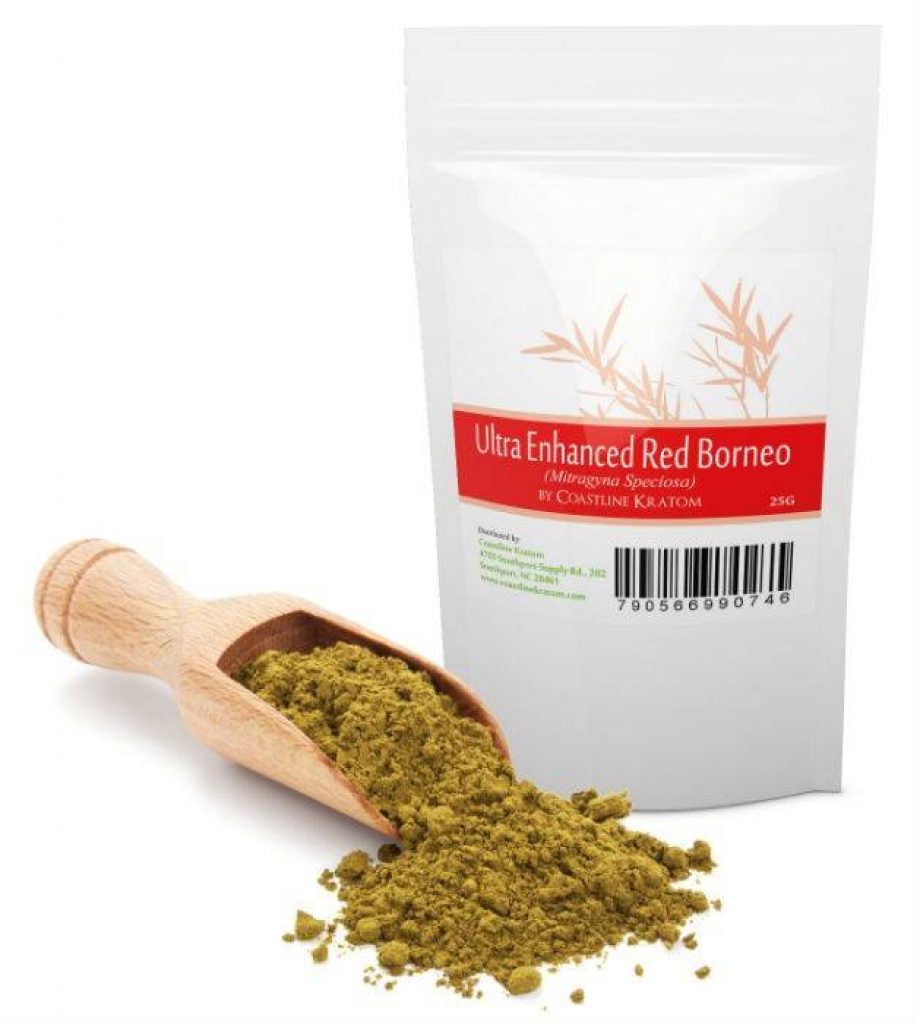 So I hope this review has been honest. You’ll see a lot of rubbish written about kratom online, and the differences between a lot of strains are far narrower than people are led to believe.

But if you get good quality stuff, then it will definitely be subtly different, and perfect for what you need. Red Borneo will help you with pain relief, chilling you out, getting rid of anxiety, and at high doses, it will be like a soft opiate experience kicking in.

So look, there are a couple of online stores I would recommend experimenting with Red Borneo from:

Where Is Kratom Legal...And Illegal?