Home » Nootropics » My Pramiracetam Experience: What To Expect From This Amazing Nootropics
Nootropics

There are so many pramiracetam reviews out there, alongside thousands for the other drugs in the racetam family, that it can be incredibly confusing to work out what the truth is about this widely used nootropic.

In this review of pramiracetam, we will look honestly at its effects, side effects, dosage range, and explain the benefits you could get from using it. We will look at its development, mechanism of action, and how long it actually lasts for.

In addition, we will compare pramiracetam to phenylpiracetam so you can get a comparison between these two very similar smart drugs. Plus, I’ll tell you where to buy pramiracetam capsules that are pure, guaranteed, and available at a good price.

Piracetam was the first of the family of racetam drugs created. Pramiracetam was made in the 1970s and is far more potent than piracetam.

It was developed as a possible solution to many cognitive problems, including Alzheimer’s disease and other memory loss diseases, brain injuries, and disorders of the central nervous system.

Although it’s only ever been clinically trialed thoroughly on people who are elderly, or who have cognitive disorders, it has been proven to improve memory formation, retention, and recall. It also able to potentially maintain and improve brain health.

In healthy people, it can not only keep the brain in better condition, but it is a powerful nootropic which has the ability to significantly improve brain function.

It’s important to note here though that pramiracetam, in fact, no smart drugs at all, have been licensed by the FDA in the United States. In fact, they aren’t licensed for medical use in any Western country. That’s not the case in eastern Europe, where racetams are prescription medications, especially in countries like Russia.

So as a healthy person looking to take pramiracetam to improve cognitive performance beyond normal, what are the positive pramiracetam effects you can hope to benefit from?

This is proven, and one study in unhealthy young males concluded that:

“The results of the study indicate that subject performance in measures of memory, especially delayed recall, evidenced clinically significant improvements after the administration of pramiracetam sulphate as compared to placebo. This improvement was maintained during an 18-month open-trial period on the medication as well as during a 1-month follow-up period after the pramiracetam was discontinued.”

It does this by stimulating an area of the human brain called the hippocampus. This is an area of the brain that has a primary function of helping to create new memories, as well as combating forgetfulness.

Healthy people using pramiracetam, including my own experiences, find that memory recall is dramatically increased. This makes it perfect for studying and business purposes.

It does this by increasing activity in the hippocampus, specifically neuronal nitric oxide synthase (NOS) activity.

In addition, pramiracetam increases choline uptake, in common with a lot of smart drugs. This uptake increase helps to produce more acetylcholine, the neurotransmitter most linked in science to cognition and learning.

There have been no studies I can find which reflect this claim, but it’s definitely the case. I feel more creative, more instantaneous, richer, both in my thoughts and language. At parties, socializing, I feel like my mind is racing, like I’m really well ahead of everyone else, and people often comment on how sociable and on form I seem.

So as you can see, pramiracetam has a significant range of benefits, and that’s without even mentioning the fact that through research into Alzheimer’s patients using it, it appears that it has a neuroprotectant effect as well, helping to repair brain cells in the long term.

So this is not just a smart drug that benefits you now, it could help you in the long run to have a better memory. So what sort of pramiracetam dosage range should you be looking at to take advantage of these benefits?

Full scientific studies that I’ve seen never exceed a maximum dose of 1200 mg of pramiracetam per day. That’s usually been split into two, and sometimes three doses in the examples I’ve seen. However, you have to remember that for scientific trials doses are often higher than normal, to get more pronounced responses.

But 1200 mg was found to be well tolerated in all the studies I have seen. That’s not the whole story though, and online, I’m not seeing people taking that sort of dose often. It’s prescribed for use in eastern Europe, and it’s difficult to get hold of data, but again, it appears to be 600 mg or more, but not close to 1200 mg.

So the only real advice I can give you on pramiracetam dosage is to start low. With me, it was a case of starting with 200 mg to see what happens through the day. It’s got a half-life of around five hours, which is quite long, so 200 mg will allow you to see how the experience is over most of the day.

You can then increase it by 100 mg each time so that you can start exploring the effects and thresholds. 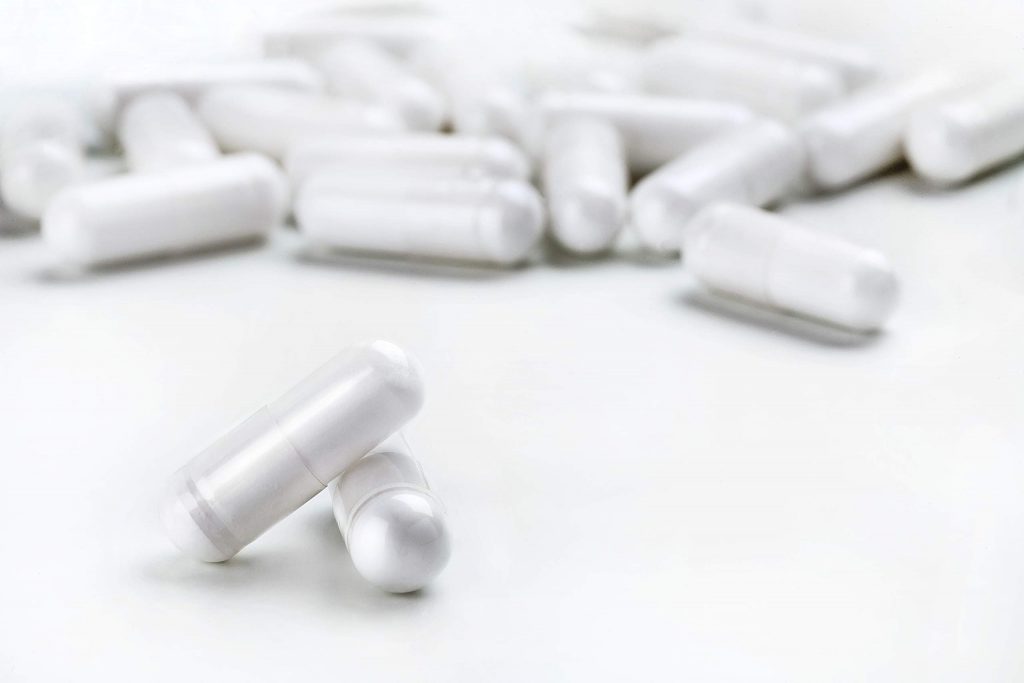 One thing I want to mention here, which is not actually a real side effect, but a difference between pramiracetam and most other racetams, is that it doesn’t affect emotional state or wakefulness in the way others do.

This is because it doesn’t affect serotonin, dopamine, or GABA levels in the way that most other racetams do. So it’s not affecting levels of the key neurotransmitters linked to mood and anxiety.

Apart from that, the most common side effect is headaches. That’s because of how it dramatically increases the use of choline in the body. That’s the case with all racetams. But this can be offset simply by taking a choline supplement. These are widely available, usually from the same places you buy smart drugs from.

One last side effect is that pramiracetam powder tastes disgusting. I tried the powder version, and it was foul. It’s made worse by the fact that this racetam is fat-soluble, not water-soluble, so it floats on water, and you have to mix it with some sort of oil to get it to dissolve at all.

So to avoid the disgusting taste of pramiracetam, I would always recommend you buy pramiracetam capsules.

Best Way To Stack It With Other Nootropics

All racetams can be stacked very nicely, but I would not recommend you do it as a beginner. However, you can create a pramiracetam stacked with any of the following very easily:

Obviously you have to add choline to your stack as well. On top of that, my advice is to keep the doses lower than you would as an individual smart drug dose. Anecdotal evidence also suggests that pramiracetam can potentiate other nootropics. I’ve not had much experience with this, but at a low dose, it’s an interesting idea to experiment with over time. I wouldn’t advise you start stacking any smart drug initially, always get to know traits and benefits, and the optimal dose for you, before considering a pramiracetam stack.

However, to give you an idea of the stack that I have used to great effect, it consists of:

Phenylpiracetam is more potent than pramiracetam and has been used for a wider range of clinical trial purposes. The only true difference between these two nootropics is the addition of a phenyl group to piracetam, thus creating phenylpiracetam. The increase in potency is the main benefit of this.

Another benefit of phenylpiracetam is again due to the addition of the phenyl group. It gives it a longer half-life than almost all other racetams. On the downside, because of its potency and chemical structure, phenylpiracetam promotes wakefulness very strongly. This can create anxiety and problems with sleep.

So if you want all the same benefits of pramiracetam, but with increased wakefulness, then phenylpiracetam could be the way to go. If you just want the cognitive benefits then pramiracetam is a far better option.

Where To Buy Quality Nootropics

If you’re looking to buy nooptrics, then for me there’s only one place to really consider as a starting point.

Science.bio is a brilliant source of all smart drugs and supporting supplements, 10 gramms of powder is just $17.99, which is pretty cheap for the number of experiences you will get.

They are based in the USA, have free shipping, and a moneyback guarantee. They are trustworthy because they are run by the same company that have top brands in similar marketplaces, including kratom.

It’s guaranteed pure phenylpiracetam, and you can even click to view the independent lab test certificate right there on the product page on the Absorb Health website. A brilliant bit of reinsurance.

So there you go, for me, pramiracetam reviews are telling the truth. This is a really effective nootropic with minimal side effects, fantastic cognitive benefits, that are available at a reasonable price in pure pramiracetam capsule form.

What Is Pterostilbene: Benefits, Dosage, Possible Side Effects