In this PQQ supplement review, I’m going to tell you everything you need to know about this little-known substance that is actually everywhere.

In fact, NASA’s Stardust probe actually found PQQ in interstellar dust. It’s a vital component in the makeup of the universe!. But what are the health benefits of the best PQQ supplements, and are there any dangers of taking it?

Plus, what about using PQQ and COQ10 together? Will you reap enhanced benefits, or will you just reap bigger side effects? Well, I’m going to review PQQ in-depth here. I’ll tell you about the benefits, dosage, any dangers, and conclude the review by telling you where you can buy the best PQQ supplement I’ve found.

PQQ, full name Pyrroloquinoline Quinone, was thought to be similar to vitamin B. It is found in plants, soil, and even in outer space. When it was first discovered scientists classified it as a vitamin. But that’s not the case. As research has been done on PQQ, it’s been found to be an antioxidant nutrient.

However, it is not a biosynthesized in humans or any other mammals. Which is why PQQ food source options are so crucial. It is a crucial molecule in the body though, which is responsible for influencing a wide variety of physiological and biochemical processes.

Studies have shown that PQQ deficiency can stunt growth, lower the ability of the immune system to respond to threats, affect respiration, and lower reproductive performance. 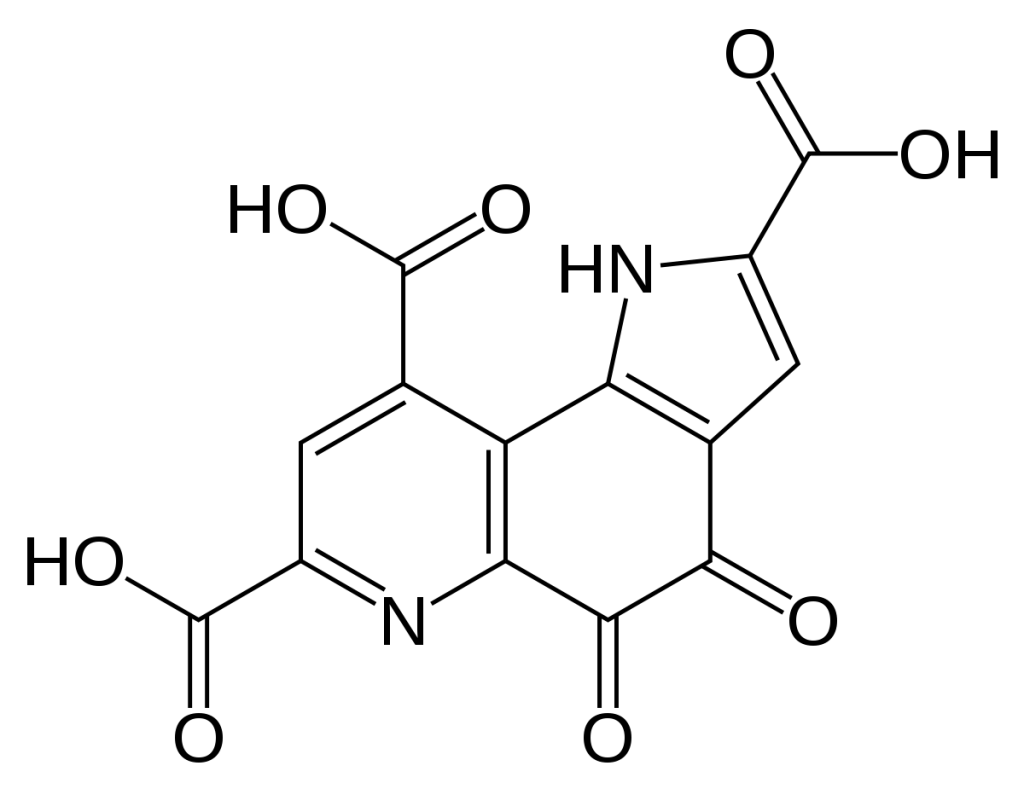 Because PQQ is a powerful antioxidant, it can help with cognitive decline and physical decline as we age.

As we age, this production lessens, so a supplement that can increase the production of mitochondria has huge potential benefits for the health of every cell in our body.

So under normal circumstances, PQQ is a vital micronutrient that we take in through food and drink, that has a fundamental positive effect in the body. But what’s been found is that at higher doses, it can produce significant benefits:

NGF is a protein that helps to protect existing neurons in the brain, and when powered up, can also repair existing neurons. PQQ can help the body to produce large amounts of nerve growth factor, with one study concluding:

“These results suggest that these coenzymes may play a role in NGF synthesis and neuronal survival through the stimulating effect of the NGF synthesis in the brain and such compounds are good candidates as NGF inducers.”

So PQQ literally has the potential to grow your brain again. That could be gold dust for anyone over the age of 40.

Well, a study of 41 healthy, but elderly study subjects were given 20 mg of PQQ over 12 weeks. The study concluded that:

“The results suggest that PQQ can prevent the reduction of brain function in aged persons, especially in attention and working memory.”

I can’t go into all the benefits that have been bound in studies during this brief PQQ supplement review, but it’s also been found to positively affect:

The main antioxidant property of PQQ is its ability to protect mitochondria in the body from oxidative damage. So overall, the antioxidant properties are neuroprotective. In fact, PQQ is being researched as a possible inhibitor in the development of degenerative brain diseases like Alzheimer’s and Parkinson’s.

So this supplement has a range of benefits that could be hugely beneficial in the long term.

As a nootropic, it is not very powerful. However, as an ongoing supplement, the evidence suggests that it can definitely improve your capacity to think and retain information, through its ability to protect cells in the brain, and even to grow them. 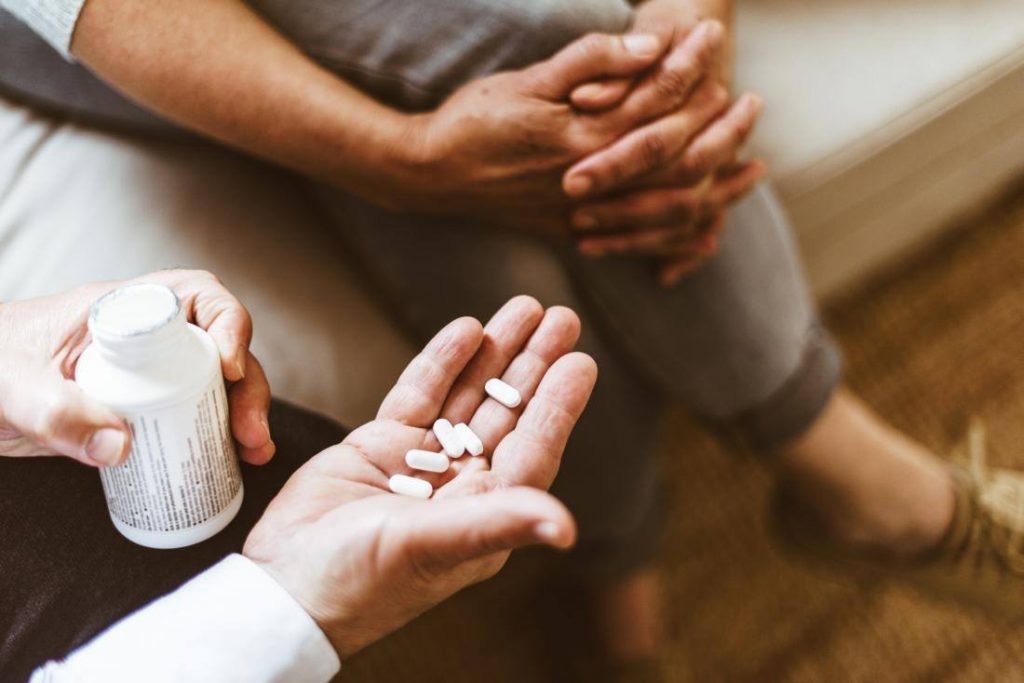 Unfortunately, there is no concrete evidence on what sort of elevated PQQ dosage you should be taking. But what is clear through the studies that have been done in both animals and humans, is that natural levels are very low. We don’t need a lot of this stuff to benefit.

I always advocate taking the minimum possible to get the maximum benefits, and monitoring over time. So I really would suggest you don’t take a high dose of a good PQQ supplement, especially if you are getting a lot of PQQ from food sources.

The problem with any dosage instructions is that absorption rates differ between individuals. The absorption rate can be as low as 40% and in other people higher than 60%.

So any figure is a little bit like plucking a number out of the air. However, a lot of studies mentioned 10-20 mg per day, both in humans and the equivalent dose in animals.

Can’t I Just Get It From A PQQ Food Source?

You certainly can get PQQ from food sources. It’s naturally present in a variety of foods and drinks, including green peppers, parsley, tea, and kiwifruit.

However, most of us can’t get enough PQQ from our diet, unless we eat large quantities of a specific food. Plus, to get the dramatic potential benefits, you’ll have to take a dramatically increased dose. That’s why getting your hands on the best PQQ supplement is a great way of complementing a good diet. 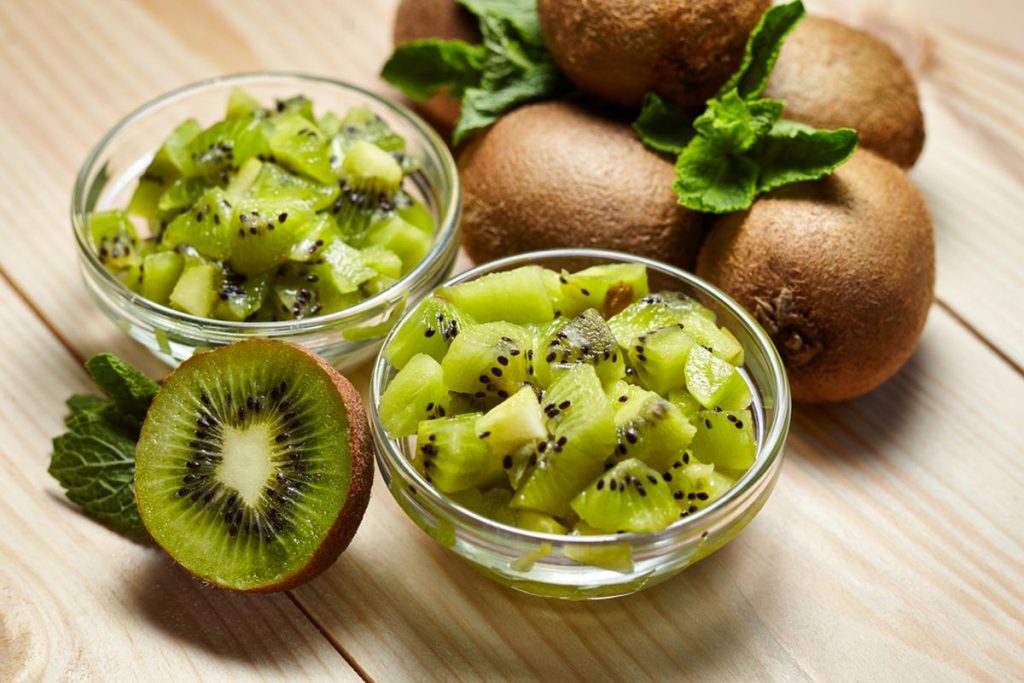 PQQ sounds awesome, doesn’t it? But are there any side effects or dangers you need to be aware of when taking it?

Well, one study concluded that you don’t have to worry. It was only in lab rats, and the doses were huge, but it concluded that there was no “toxicological significance” noted at the end of the study.

The study, in the magazine Nature, used lab rats with transplanted melanoma cancer cells. Rats that were given antioxidants suffered the spreading of cancer more quickly than those that were not fed antioxidants.

Coenzyme Q10 (COQ10) is a similar nutrient to PQQ, but it does occur in the human body. It’s also in the food we eat. It is another strong antioxidant. It plays a part in metabolism, and helps to protect cells in the body.

People often stack PQQ and COQ10 to increase potential benefits. In these situations, doses of 20 mg and 200 mg respectively are typical.

As with anything, you want to get the greatest advantage you can if you are taking something to improve your health.

The best PQQ supplement will give you a good chance of doing that. If you don’t think you’re getting enough PQQ from food sources, or you want to boost things, then taking a supplement can be a great way of experimenting. The problem is always finding supplements that are genuine, pure, and affordable.

So look, this PQQ review conclusion has to be that it’s worth trying. PQQ benefits are huge, and the price is low. The evidence is clear, especially around protecting and proliferating the growth of essential mitochondria cells.

This means you have nothing to lose from at least giving a PQQ supplement to try and seeing how it can benefit you over a few months use. The study seemed to suggest that you will notice a difference after a few weeks, so it might be worth benchmarking yourself with something like online memory tests.

How To Prepare For Your First SARMs Cycle