Home » Nootropics » Are Nitrovit Reviews Telling The Truth About This Nooptropic?
Nootropics 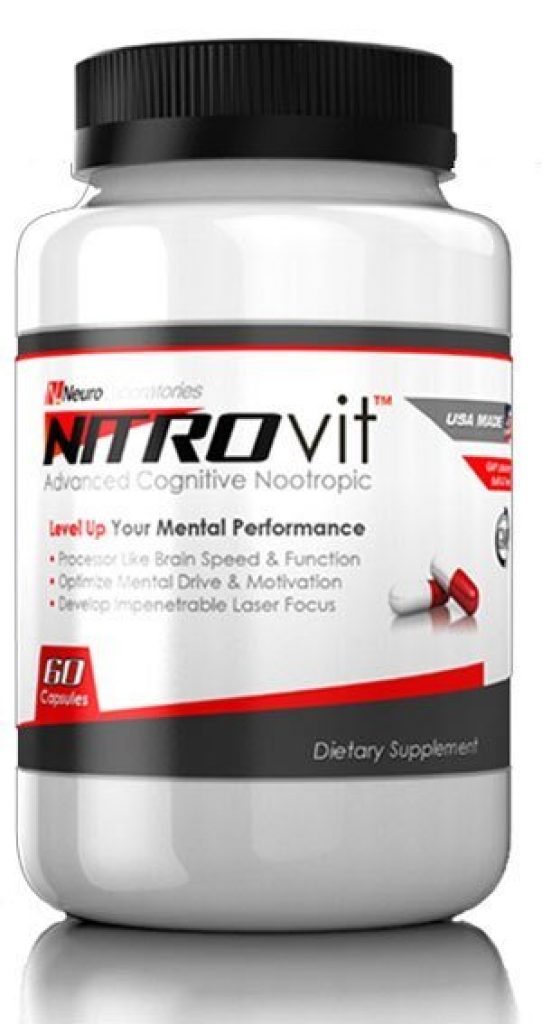 Nitrovit reviews claim that this is the ultimate new solution to improving memory, concentration, motivation, and boosting your mood. But there are about a million other nootropic supplements claiming the same thing.

Okay, that’s a bit of an exaggeration, but the marketplace is stuffed with them, so what do you trust?

In this review, I’m going to tell you exactly what it is, how it works, what’s in it, and if it can possibly do everything that it claims. I’ll also tell you where to buy Nitrovit.

The company makes its claim that it’s had years of research behind it, but the ingredients could also be seen as a list of minor cognitive boosting supplements, grouped together in a package to make a more expensive pill.

So what’s the truth? Is Nitrovit a beautifully packaged Nootropic that is created synergy between its ingredients amplifies its performance, or is it just a load of stuff packaged together to sell you at a premium?

Nitrovit is made by a company called Neuro laboratories. Its CEO, a guy called Archie Marks, created it to help with his own Attention Deficit Disorder (ADD) problems. It derived from his own nootropics stacked experiments, to create relief from the symptoms without side effects, which were then basically packaged into the Nitrovit pill.

So although it contains mostly natural ingredients, it’s a synthetic product in part, which claims to help with the following:

The official company website claims it can “Level up your mental performance”. The product basically claims you can optimize your performance, mental clarity, learning capability, and lessen attention deficit problems.

You’re meant to take this is a daily supplement, and apart from a two-day break each week (which I’m guessing should conveniently be at the weekend, as long as you want to be a Monday to Friday overachiever), you’re meant to take it continuously. This is because the company claims that the ingredients keep the brain healthy and improve cognitive performance as support for brain health improves. So Nitrovit is an ongoing supplement that is meant to produce long-term benefits.

Which all sounds brilliant, and if it works, even to bring you a 20% boost in the areas it claims, then as long as is safe, Nitrovit could be a safe answer for anyone to improve memory, focus, and anxiety, and protect long-term brain health, even if you don’t have attention deficit disorder problems.

Nitrovit is basically split into three “stacks” of ingredients:

I’m not going to bore you with details of each of the active ingredients in the nitro stack, but generally, they are all related to brain health and protecting neurons in the brain. 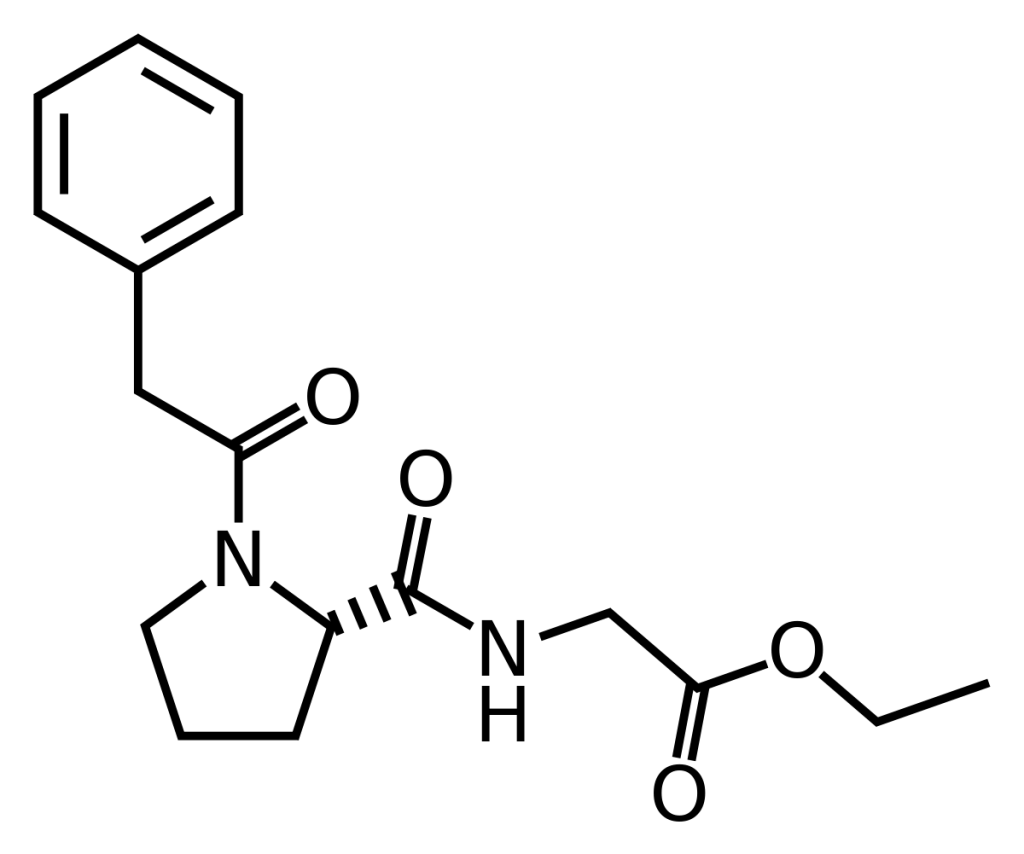 The recommended Nitrovit dosage is 3 capsules a day, it should be taken once per day, or twice per day if you prefer to spread the effects out. You can either take two capsules with your breakfast, or one at breakfast time, and one at lunchtime. You’ll want to avoid taking Nitrovit late in the day, as some of the ingredients can upset sleep.

Also, importantly, before you start popping these things like candy, instructions state that you should only use them for five days, before taking at least two days off. This is because continual use can build up a tolerance, which is a well-known problem with Noopept.

Let’s look at Noopept first. In studies, it has been found to potentially not only boost cognitive performance, but also to protect brain cells, relieve stress, anxiety, depression, and also re-balance key neurological transmitters like serotonin.

Noopept is a serious nootropic in its own right, and its inclusion at 75 mg per daily dose is certainly the most obvious way that Nitrovit could deliver on what it promises.

Noopept does have significant scientific studies behind it. I’ll only show you one here which could highlight the claims made in Nitrovit reviews are valid, which concluded:

“…the administration of noopept favorably influences the cognitive functions and suppresses the development of neurodegenerative processes.”

The other key ingredient is Huperzine A. It’s been potentially linked to several key positives in the brain, such as memory, recall, learning, and brain neuroplasticity. On its own, it is believed to boost short-term cognitive performance and long-term memory.

However, in some people elevated the use of Huperzine A has been linked to negative side-effects such as muscle twitching, and high blood pressure. So if you have high blood pressure, I’d really take a close look at Nitrovit before using it.

For the other ingredients, the company claims that the effectiveness of the individual chemicals contained in Nitrovit is enhanced because of the synergy created by the pairings they have included.

The overall result of this synergy is to increase blood flow in the brain, and increase levels of glucose and oxygen, all of which are essential for good cognitive function.

In addition, some of the ingredients, like centrophenoxine, can help with the breakdown of Lipofuscin in the brain. These are deposits which, with age, can start to restrict the flow of brain blood, potentially leading to cognitive disorders.

My Experience Wasn’t So Great

So how did Nitrovit work out for me? I thought I’d give it a go because I don’t like to write about things I haven’t used. There are too many Nitrovit reviews out there which just parrot the information on the company website, and I want to make sure this is objective.

I used it for five days in seven over two weeks. I took one pill in the morning around 8 AM before I went to work, and another just after lunch at 2 PM.

I definitely felt sharper in the morning, more alert. That could have just been the caffeine, but with my experience of nootropics, I’m sure that the other ingredients did kick in as well. There is of course also a placebo effect to take into account here.

But it was in the afternoon that I really felt the boost. You know the afternoon feeling at work when you’re feeling sluggish, and even the cups of coffee aren’t working anymore. Well those two weeks, I just didn’t feel as lethargic. I wasn’t looking at my phone every 10 minutes desperate for 5 PM to arrive.

So for me, Nitrovit definitely has potential. But I guess that it’s the same with all of these types of supplements, you won’t really know unless you try them, and as long as you are sensible, then there shouldn’t be a problem.

The main side effect is tolerance in the ingredients, specifically Noopept. That’s why the company suggest cycling five days on, with two days off each week. Doing that you should be okay, but it’s always worth watching out for a drop in the “kick” that you get in a couple of hours after using  Nitrovit.

Huperzine A has been linked in some people to negative side-effects such as muscle twitching, and high blood pressure.

So if you have high blood pressure, or any other health conditions I’d really take a close look at Nitrovit side effects before using it.

The only place you can buy real Nitrovit is from the official site at Nitrovit.com, so be aware of anywhere else that claims they sell it, because they will either steal your money, or they will sell you fake pills.

There aren’t any hidden repeat billing problems when buying directly from Nitrovit, so you don’t have to worry about another parcel turning up on your doorstep every month.

Shipping in the USA is $6.97, which is very reasonable, and free over $99. Likewise, although you have to order from the USA, international shipping is a flat rate of $19.97, which is pretty competitive compared to some other supplements that you have to buy direct.

So there you go, Nitrovit reviews are telling the truth from what I can tell. My own limited experience did bring a cognitive boost, but I can’t vouch for the claims about long-term health benefits in, and even improvement, brain health. But in terms of improving your performance daily, with one convenient pill, it’s certainly worth investigating.