Every supplement you read about is a miracle supplement apparently. If you read Mucuna Pruriens reviews, you’ll be told that is a miracle as well, with people calling it the “dopamine bean”. So what’s the truth?

In this detailed, but easy to read, Mucuna Pruriens review, I’m going to tell you exactly what you can expect from this supplement.

It can have potentially powerful results, which is amazing considering how easily available it is. However, that comes with a caveat. Mucuna Pruriens has the potential for some pretty detrimental side effects you need to be aware of.

So can Mucuna Pruriens raise testosterone, help with bodybuilding, raise your mood, and increase your cognitive abilities, or are you taking on a world of side effects for no real gain?

What On Earth Is Mucuna Pruriens?

Mucuna Pruriens is a very strange thing. It’s also called the “velvet bean”, and also the cowhage plant, and it grows across India, China, and across tropical areas of the planet, even as far as Florida.

It’s been used in traditional medicine across Asia, places like India and China, for at least 1000 years, and has been used for a range of ailments.

Its main active ingredient is L-DOPA, a non-protein amino acid.  L-DOPA is a neurotransmitter precursor, making it very potent, but it does carry side effects if consumed. In the body, it is able to easily cross the blood-brain barrier (BBB) and is then converted into dopamine.

Dopamine helps to regulate mood and motivation. So it’s very important in our bodies to our wellbeing.  On top of that, dopamine is linked to the production of HGH, the human growth hormone, and this increase in HGH also triggers higher levels of insulin-like growth factor-1 (IGF-1) once in the bloodstream. 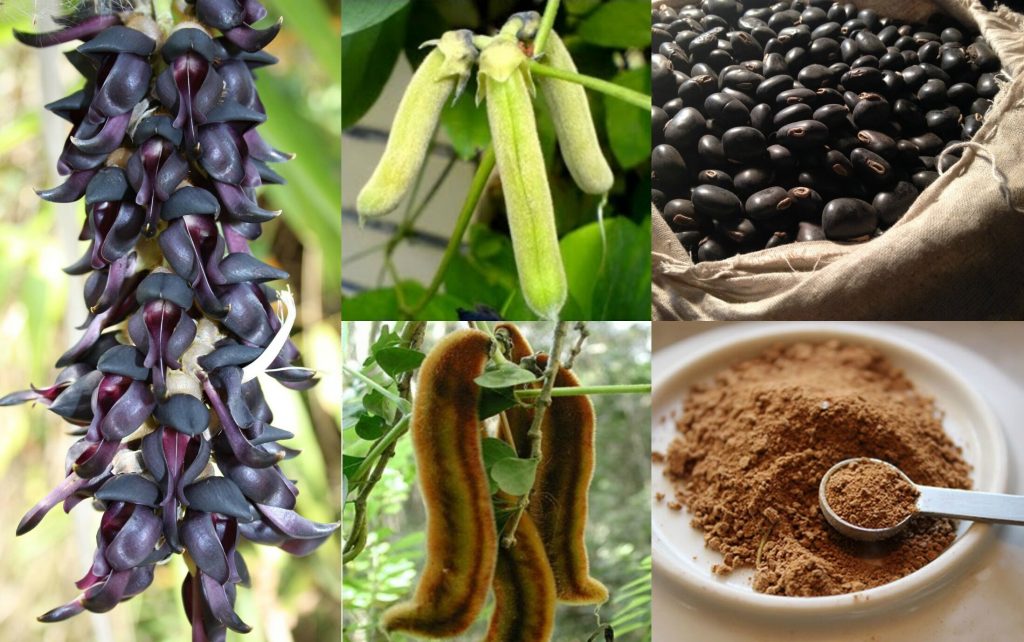 So let’s piece all that together, so you can see the potential benefits of Mucuna Pruriens.

As we get older, HGH levels drop, because the pituitary gland produces less as we age. This is why older people have less muscle mass. So because Mucuna Pruriens raises dopamine levels, it can also raise levels of the human growth hormone, helping to maintain and build muscle mass.

That on its own means that Mucuna Pruriens bodybuilding benefits are potentially significant.

Testosterone is also a crucial part of building muscle, as well as delivering energy and good libido. Studies have shown that muscle growth can be boosted by as much as 20% if testosterone levels are high.

So generally Mucuna Pruriens might carry the following benefits:

Mucuna Pruriens is also known to help with Parkinson’s disease. Although the high doses used can have significant side effects, in some countries where access to medication is limited, it is a common solution that reaps significant benefits.

So Mucuna Pruriens bodybuilding gains could be significant for the following reasons:

When we talk about HGH levels being improved in older people, don’t think I’m talking about really old people here.

Between your 20s and 30s, on average HGH levels are reduced by one third, and by one half by the time you reach 40. So even if you’re in your 30s then raising HGH levels can increase your ability to maintain muscle mass. 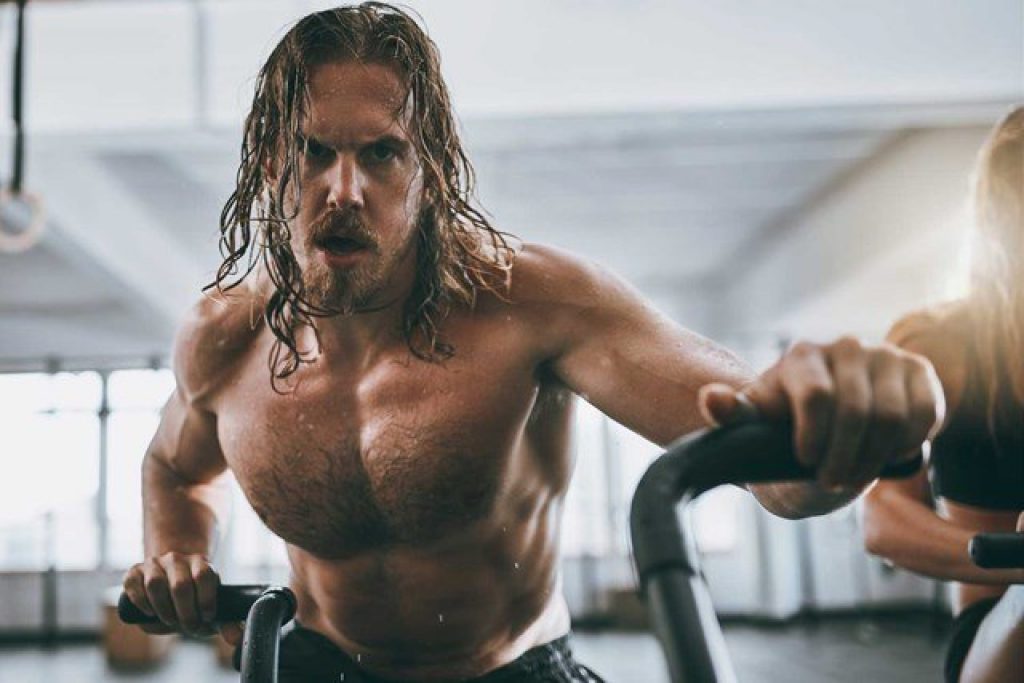 So briefly, I want to tell you about my Mucuna Pruriens experience. Did it do what it should?

Well, in terms of Mucuna Pruriens testosterone gains, I didn’t get myself measured, but I felt like I had made gains. I’m not talking about in a few days, but over months use, I felt more energetic, slightly more aggressive, and my workouts were being completed, I wasn’t ducking out.

As for the gains in muscle mass, well the jury is out on that. But after a month it’s a short time to assess. However, at 42, my HGH levels are undoubtedly dropping, and anything which raises them will obviously help to maintain muscle mass, so even though it’s not immediately visible, over time it will help maintain your gains.

Mucuna Pruriens dosage instructions are tough to determine. In lab studies, rats and humans are given huge doses, because it’s a short study. But even at large doses, side effects aren’t really being seen.

One study of 60 infertile men were administered 5 g of Mucuna Pruriens each day, for 30 days.

No side effects were seen at that level of dose. However, other studies on subjects with Parkinson’s disease have used much higher concentrations of up to 30 g per day, and significant negative side effects were observed.

So it looks like 5 g should be the top dose you take. I didn’t go anywhere near that level either. The best Mucuna Pruriens supplements are either powder or capsules with a high concentration. These are usually around 500 mg per capsule.

I start with a single capsule per day for a week, then doubled it for another week. Even by the end of the first week, I felt different, and definitely by the end of the second week. I’ll be honest, I didn’t go above 1000 mg per day, but it looks like you could up to 5000 mg safely, but I would always step up to it over several weeks.

Side Effects: Use With Caution

Generally, Mucuna Pruriens reviews mentioning the fact that there are minimal side effects are accurate.

Unless you take a very high dose, the only side effects may be nausea and headaches, but I didn’t experience those at 1000 mg. But people taking several grams do report it. It’s all about controlling the dose.

However, I want to advise that you use Mucuna Pruriens with caution because of how it messes with dopamine production.

If you raise levels of dopamine production you will feel happier. But your body will become more reliant on this external source of raising dopamine and will stop producing as much of its own. So when you stop taking Mucuna Pruriens it will take a while for dopamine levels to recover.

This could lead to a situation where you could feel low, depressed. If you already suffer from low mood or even depression, then this could be very concerning. So if you have depression, and even more important if you are on antidepressant medication, you should not be taking Mucuna Pruriens at all.

In extreme circumstances at high doses, anything which elevates dopamine levels dramatically for a long time can lead to the body cutting out most of the production of dopamine permanently. This could lead to permanent depression.

However, to put that into perspective, you would have to be susceptible to it and be hammering a large dose, like 30 g a day, for several months on end to totally suppress dopamine production.

But really, just don’t be an idiot. Start with a very low dose, work up until you notice positive effects, and have long breaks to allow your body to recover.

So the bottom line is that Mucuna Pruriens reviews are telling you the truth. At lower doses, sensibly managed, it can raise dopamine levels, positively affect testosterone levels, and promote increases in the growth hormone in your body.

All that on top of boosting your mood, and raising your reward desire, means that Mucuna Pruriens bodybuilding potential is significant.

My Mucuna Pruriens experience was good, and I did feel a boost, without side effects at all. However, you must be aware of the side effects as I have stated above. One of the big problems is finding the best Mucuna Pruriens, with the highest level of purity and especially high levels of L-DOPA.

You’ll get free shipping on orders over $75, and a full moneyback guarantee. You could even go for the full mood enhancer pack, which gives you five different supplements at a lower price.

The mood enhancer pack contains 5-HTP, Mucuna Pruriens, L-Theanine, Phenibut and Valerian Root, and all for $59.99. That’s a brilliant introduction not only into using Mucuna Pruriens, but also another one of my favorites, Phenibut. 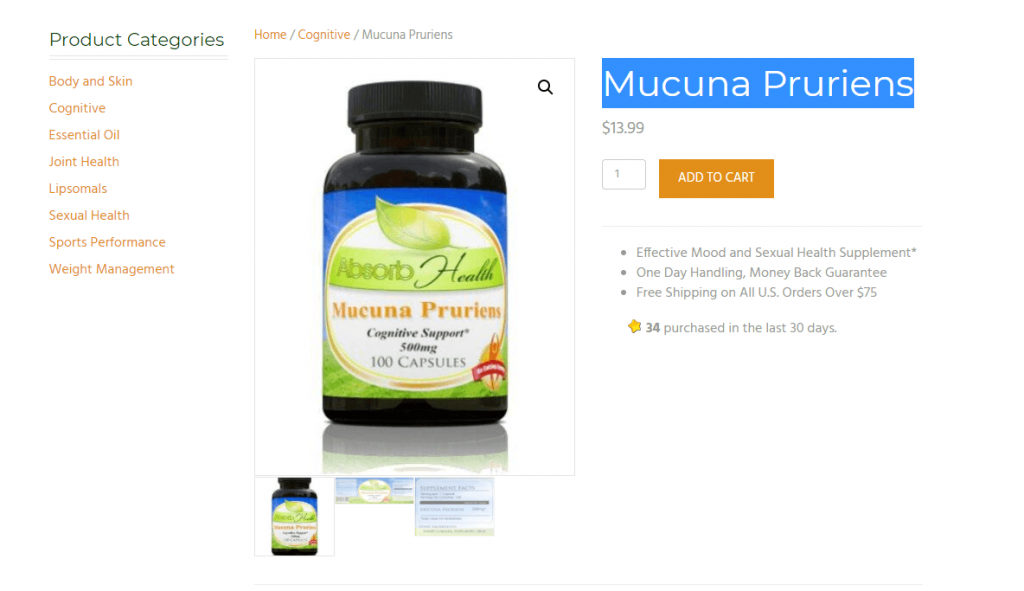 So look, for me, there are some valid reasons for using Mucuna Pruriens for bodybuilding gains.

My Mucuna Pruriens experience was positive, with minimal side effects. It’s proven that Mucuna Pruriens raises testosterone levels and that it increases dopamine levels, which in turn raises levels of HGH.

So you will feel better, and more motivated to complete your routines. You will feel more aggressive, more energized, more ready to work out. Although I should point out that’s obviously not going to affect females in the same way.

But raising HGH will help to maintain muscle mass as you get older. That, alongside the motivation level raising, will help men and women working out.

How to develop healthy relationships when recovering from alcohol addiction