Home » Supplements » Using Letrozole For Bodybuilding: Is It The Best PCT Supplement For Gyno?
Supplements

Lots of guys use Letrozole for bodybuilding benefits. They use it as a PCT supplement.

In this quick guide, I’m going to tell you everything you need to know about using Letrozole as a treatment for depleted testosterone levels. But more than that, we will discuss if it’s the best solution for gyno symptoms specifically.

I will cover everything you need to know. What Letrozole exactly is, and how it works. Plus, how it compares and differs from the most popular PCT supplements out there, Clomid and Nolvadex.

On top of all that, I’ll talk you through the half-life and dosage range you should be considering, how potent it is, how long you should use it for, and when it’s the best solution for PCT.

Most people who know about PCT and SARMs think about Nolvadex and Clomid, both of which are SERMs: Selective Estrogen Receptor Modulators.

These work in the opposite way to SARMs. They selectively modulate estrogen receptors in certain areas of the body, notably breast tissue. The net result is a lowering of estrogen in those areas, and overall.

Letrozole works in a different way because it’s not an estrogen receptor modulator. It works as an aromatase inhibitor.

Aromatase inhibitors block the conversion of androgens into estrogens by utilizing an enzyme in the body called aromatase. The end result of this is that there is an elevated level of testosterone, but an overall dramatic drop in estrogen levels. Basically, it’s more estrogen production blocker than a SERM, making it more potent.

Letrozole Vs Clomid/Nolvadex is really a choice between using an aromatase inhibitor for PCT or sticking with the more common SERMs.

Because they work differently in the body, you will get a different outcome, and more quickly.

Letrozole has the following effects as an aromatase inhibitor:

Nolvadex and Clomid target different estrogen receptors, rather than overall estrogen production. This doesn’t make them less effective, but they do have a different end result.

Nolvadex and Clomid of both been shown to produce an increase in testosterone production of over 60% in just a couple of weeks, making them really good candidates for used to bounce back testosterone levels.

Letrozole on the other hand is better are just shutting down that conversion completely. That’s far more aggressive, but when you need to stop the progression of gyno, it’s crucial.

That’s why most guys who have had to deal with gyno, and stop it or reverse it quickly, have found they’ve managed to do that far better with aromatase inhibitors, which is why most experienced bodybuilders on places like Reddit will recommend Letrozole over Nolvadex to deal with specific gyno symptoms. 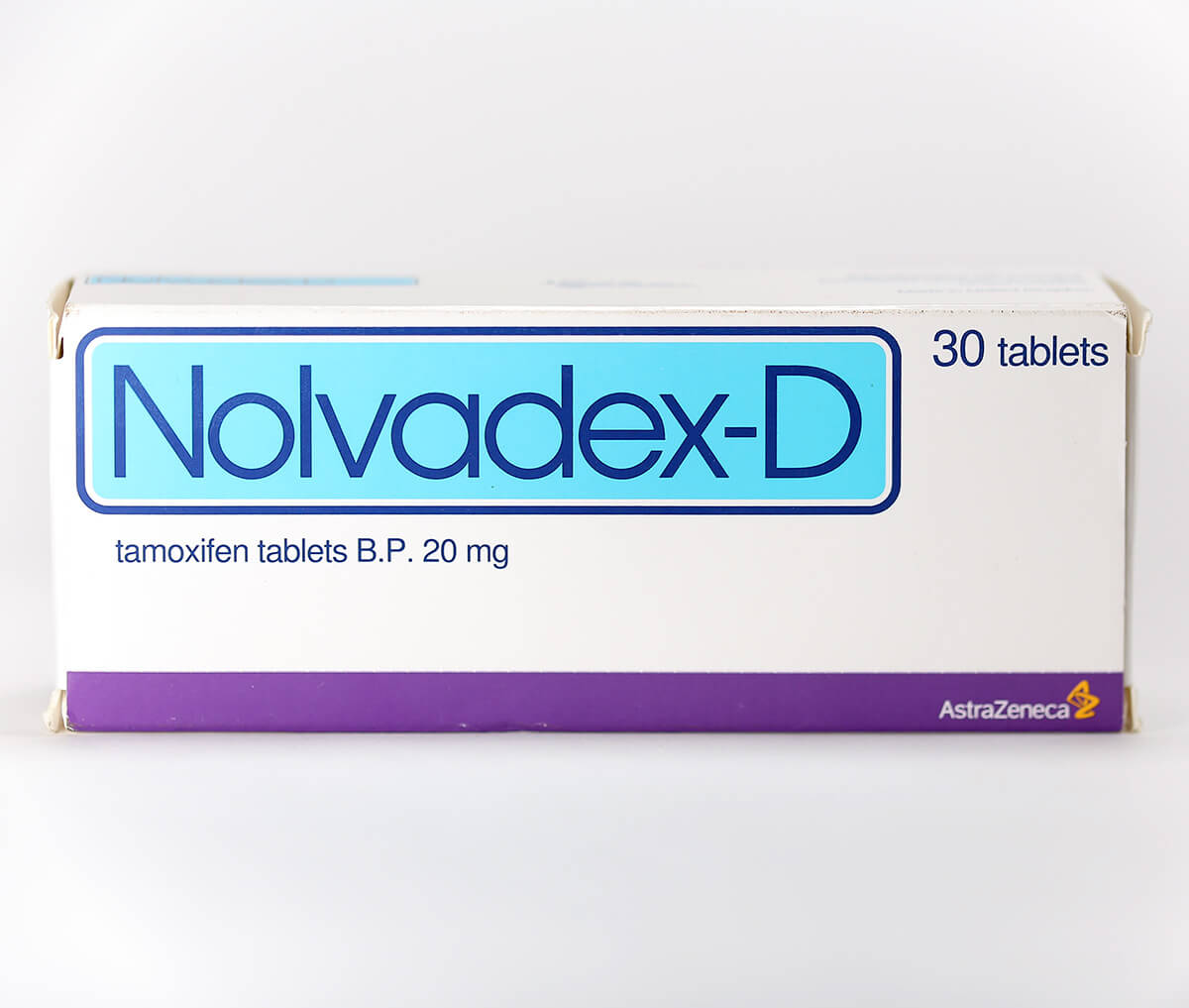 Letrozole has the main benefit during PCT of helping to reduce gyno symptoms. Generally, it can aggressively block the production of estrogen (conversion from testosterone) in a dose-dependent way.

So Letrozole will not only stop gyno symptoms in their tracks, but it will also stop you from losing more testosterone by having it converted into estrogen.

The problem with Letrozole is it can be very aggressive. If you take too heavy a dose then you will suffer significant side effects which I will talk about in a moment. Even at lower doses, they can be far more notable than using Nolvadex or Clomid (although Nolvadex is far milder than Clomid, in terms of side effects).

So the main benefit of using it is to deal with gyno symptoms. It was shut them down pretty sharpish, and can even reverse them in a few weeks, but only if they haven’t gone too far.

That’s why it’s essential that you understand the warning signs of testosterone depletion, and are ready to stop your SARMs cycle, lower your doses, or start PCT on cycle, as soon as you spot them, just in case gyno takes hold before you realize.

Possible Letrozole Side Effects During PCT

Let’s quickly talk you through the specific side effects of using Letrozole as a PCT supplement:

Don’t be concerned about the chest pain, it doesn’t mean it induces heart attacks. It’s just because the change in hormonal balance can cause that problem.

If you suffer from high cholesterol levels, which in the long term can impact heart health, I wouldn’t suggest you use Letrozole as your ongoing PCT supplement. Stick to a SERM like Nolvadex, and only use Letrozole if you suspect you might be getting a gyno.

Some people question if one of the main Letrozole side effects is weight gain. That’s not actually the case. It actually cuts water weight in comparison to things like Nolvadex, so it’s not going to cause an increase in the weight of water retention.

So Is Letrozole For Gynecomastia Symptoms The Best Choice?

Overall, the anecdotal evidence within the bodybuilding community seems to be that this third-generation aromatase inhibitor is definitely best for gyno symptoms.

Gyno is the formation of breast tissue. In men, that can lead to “man boobs” over time. They even when initially starts occurring, you’ll feel different sensations in your chest, and you’ll feel them changing.

Even before that happens you should be using Letrozole, but definitely when you start to get the feeling that things are changing in the area, start a pretty strong dose of Letrozole for a week or so, to counteract it.

In some cases, not only can you stop gyno in its tracks, but it can actually reverse its progression.

Letrozole’s half-life is very long, up to 72 hours according to some studies.

That means that if you use a strong daily dose, the effects quickly build-up, leading to potential toxicity problems. Although that’s not going to be an issue over a few days a week, prolonged use at a high level of daily dose would be recommended.

The strongest daily dose recommended for breast cancer is 2.5 mg per day. I wouldn’t go anywhere near that, unless you have gyno symptoms and want to hit them for a week, maybe 10 days maximum.

But you shouldn’t be really taking a dose of higher than 1.5 mg per day, and often 1 mg is more than enough, to counteract gyno symptoms before they even occur.

For me, if you feel a change in your breast tissue, I’d hit them with 2.5 mg per day for a week, then 1.5 mg per week, then 1 mg for another week. At that level, you should be then able to cut it out completely and switch to Nolvadex.

But remember that PCT (Post Cycle Therapy) is not just about the supplements you take to bounce your testosterone levels back and counteract any potential development of gyno symptoms.

PCT is also about giving your body a break from SARMs and steroids. Letting it recover, and letting your testosterone production work naturally for a few weeks before hitting your body again.

So I always advocate a minimum gap between cycles of eight weeks, and I stick to 10 weeks most of the time, to make sure that my body gets a break. During that time I may only be taking Nolvadex for four weeks or so of that, and if you are taking Letrozole it will be far less than that, but it’s not just about what you take, it’s about the break you give your body.

Here’s Where You Can Buy Good Quality Letrozole

One of the biggest problems with buying SARMs, peptides, or PCT supplements, is getting your hands on them through the grey market online at all.

A lot of the places you can buy them off very poor quality products that have been cut, poorly constructed, or just don’t even detain exactly what they say.

Thankfully, there are a few reliable places out there though they still sell good quality SARMs, peptides, and PCT supplements like Letrozole.

Right now, Swiss Chems offer Letrozole at a great price. On top of that, everything they sell is a purity guarantee, with lab reports from independent third-party lab companies published on the website for every batch they buy-in and sell.

Right now, you can get 60 capsules for just $77.95. Each capsule is 1 mg. That gives you a good midrange dose, while a couple of capsules will give you a strong dose of Letrozole if you need to deal with the onset of gyno symptoms.