Some people are using kratom to deal with migraines. Just how successful can use kratom for migraines really be though?

There’s actually a lot of confusion out there about using kratom for migraines, especially around the types of kratom you should use, and how much kratom to dose.

Plus, some people actually say that kratom makes their headaches worse. But don’t worry, we will dive into all that as well in this quick guide, to answer the question around is kratom good for migraines?

How Kratom Could Help With Migraines

Kratom is a pain reliever. This is especially true of red kratom, although higher doses of green kratom and white kratom can also relieve pain, but not to the same degree.

So it could be that taking red kratom can help because the alkaloids in it like opiates can numb the pain in the same way that opiate medications do.

However, some people suggest that’s why kratom can be better because it gives your brain a kick of caffeine and also improves blood flow. But this could be about a caffeine withdrawal problem, rather than having migraines due to electrical signals in the brain.

But on the other side of all that, some people say that kratom makes their migraines worse. Look on social media and some will say green kratom helps most, or red, or even gold.

The takeaway I think is that it’s personal. That’s what I’ve found, and only a bit of experimentation with different types and doses of kratom will really answer the question around whether kratom is good for your migraines.

I think if we’re going to talk about the best kratom strain for migraines then we have to start with red kratom because that’s the obvious type of kratom to try first.

Red kratom is far richer in the main pain-relieving alkaloid in kratom. A good quality classic red kratom like Bali or Malay is a great place to start. I would advise against Maeng Da though because it’s a far stronger and energizing kratom.

If red doesn’t work, I would probably try gold then green. It’s the middle ground that offers some of the pain relief of red kratom, but also some of the energy hit a white kratom. Green Malay would be my suggestion or Gold Maeng Da.

If none of that works, then you could give up, or try white kratom. If you do, then again stick with the classic white strains like Borneo, Bali, or Thai. 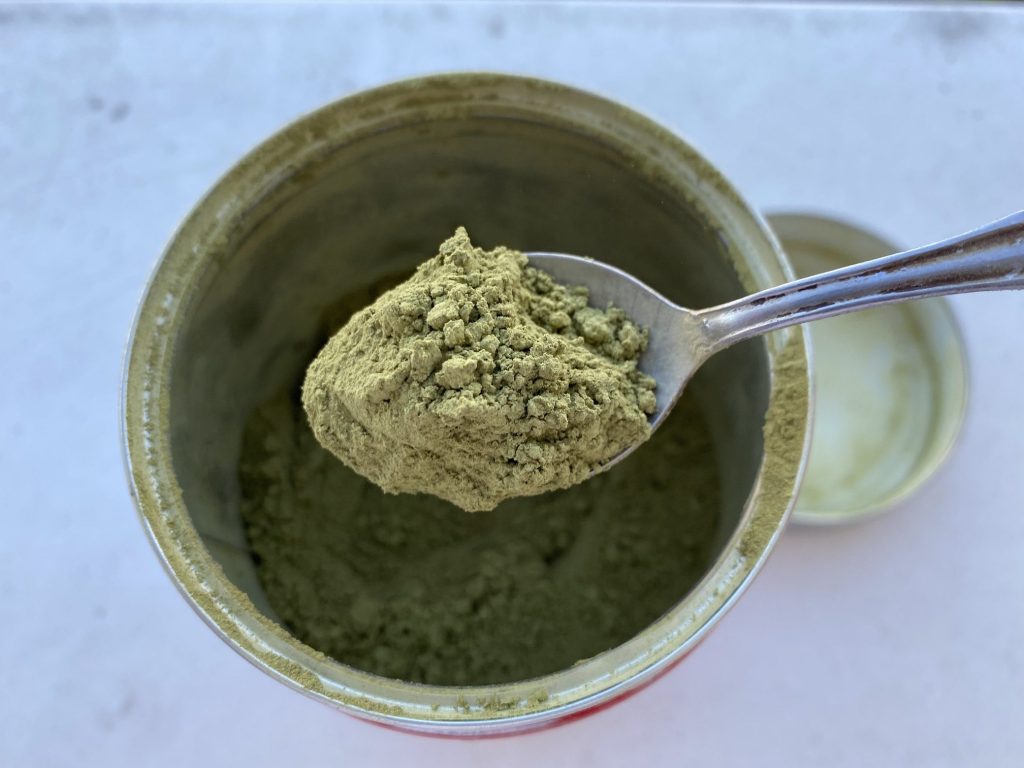 How Many Grams For Migraine Relief?

It’s really tough to tell you how to dose kratom to help with headaches. Working out how many grams of kratom for migraines is needed is just as tough as telling you how much kratom is needed to get high. It’s personal, and only experimentation with 100% pure kratom will tell you the answer.

For me, I’d start at the bottom of the scale and work your way up. You’ll probably find that the “sweet spot” where kratom starts to kick-in with full effects will be around 5 g, but you may also find that less than that does the trick for you.

Here’s the scale I would work up:

So Is Kratom Really Works For Migraines?

So now we’ve talked about the best kratom strain for migraines probably being red, or at least that’s the first place to start, but the more general question is actually around whether kratom is good for migraines at all.

As I said at the start, some people say it’s not. In fact, some people say it makes their migraines worse. But there could be other factors going on with those people. For example, kratom can be dehydrating, and perhaps they are not drinking plenty of water. Or they are just having a different reaction to most people.

I think kratom is good for migraines as long as you only take a moderate dose, with plenty of water, and don’t see it as a miracle cure. It is definitely an alternative to popping strong medication though, and worth a try.

Put together, the answer around the question is kratom good for migraines needs to encompass the following:

Where To Buy Kratom

So, the conclusion for me is that it’s deeply personal, that’s what I found. The dose and vein color, and even the strain that helps you could be specific to you. That’s because the alkaloid profile is different in all types of kratom.

Just make sure there aren’t other factors feeding into it like dehydration, caffeine withdrawal, or anything else that could interfere with the effects of the kratom or could be causing your migraines in the first place.

But whatever you do in terms of trying to work out if kratom works for migraines, you’ll struggle to experiment unless the kratom is 100% pure.

Surprisingly, very few places in the USA actually sell 100% pure kratom. The places that do are proud of that and offer a purity guarantee, backed up by independent third-party published lab tests that show the purity.

My two recommendations to help you to begin with finding the best kratom strain for migraines is:

Whoever you choose to buy your kratom from, I’d actually suggest you start with capsules, especially if you are new to kratom. You could get headaches during the day when you can’t deal with loose powder (and loose powder does taste awful, plus is difficult to weigh and consume).

Although kratom capsules are more expensive, they are the best way to deal with migraine relief on the move, especially if you are at work.