Kratom is being spoken of as a miracle cure for a lot of ailments. Although there is some evidence for a lot of the claims, people are still skeptical. Using kratom for alcohol withdrawal is one of those areas where there is little evidence scientifically, but lots of evidence anecdotally.

So what’s the truth about using kratom for quitting alcohol? People use kratom for alcohol anxiety, but is it any good, or are they just replacing one poison with another?

Well, I’m going to speak from personal experience. I have used kratom for alcoholism and depression, plus physical pain for a back. I’ve done this for three years, so I know kratom.

I’ll tell you my own experiences, and explain what the evidence really says about kratom for alcohol withdrawal. I’ll also explain the pitfalls of using kratom to quit drinking. Plus I’ll tell you the dose you should take, the strains of kratom to try. I’ll also tell you the safest places to buy kratom from, pure kratom that you can trust.

Can You Use Kratom For Alcoholism And Depression?

I will be upfront with you here and say that there is no scientific evidence or group studies that I’ve ever seen, that given the evidence you can use kratom for alcoholism and depression successfully.

However, kratom is a gray area legally, and not well studied for any benefit. But think about this, it’s the same with cannabis. Cannabis itself, and CBD are increasingly being legalized now that awareness about the benefits they can have a becoming anecdotally overwhelming, yet scientifically you’ll struggle to find anything being done to work out why it helps.

I think the same is starting to happen with kratom. There are so many benefits to it, that I think it’s getting difficult to ignore that it has potential. If it didn’t, there wouldn’t be thousands of people online singing its praises.

Look how it’s helping people with opiate withdrawal. People hooked on heroin, whose lives are being destroyed, find that kratom not only eases those physical, and emotional pains, but it also acts to mimic the effects of heroin on the opioid receptors in the body, lessening the cravings, but without the danger levels of addiction that heroin presents.

And it’s the same with physical pain using red kratom, for things like bad backs, like I have suffered with for several years.

Plus it’s the same with people with social anxiety, PTSD, emotional problems, things like depression. They are finding that kratom gets them out of bed, gives them energy, focus, and makes them confident enough to go out and live their lives.

Just look at the positive reactions people have to take kratom:

It has all these positive benefits without the heavy threat of addiction that you get with alcohol and narcotics. The evidence socially is definitely that kratom has a very low potential for addiction.

How To use Kratom For Alcohol Withdrawal

So look, I’m not an alcoholic, but for several years I probably actually was borderline. I mean that in a social alcoholism sense, rather than a life-destroying sense. But my performance levels were hit so much that it was starting to affect everything.

In desperation, I did turn to use kratom. I used several strains, by buying a red and green variety pack from a trusted kratom seller.

In a couple of weeks, I found that reds like Red Borneo and Maeng Da were really easing my cravings for alcohol.

I was feeling warm inside, positive, focused, yet calm and strangely not desire to drink. You know that feeling when you just need to solve your problems by drinking? Those were gone.

Now I don’t think that can just be a personal thing. I don’t want to drink anymore because kratom is easing the pain. Look at Reddit, look at Twitter, look at forums, there are tens of thousands of people struggling with alcohol, saying exactly the same thing.

That cannot be luck and chance. For me, using kratom for alcoholism and depression is something that can seriously work. 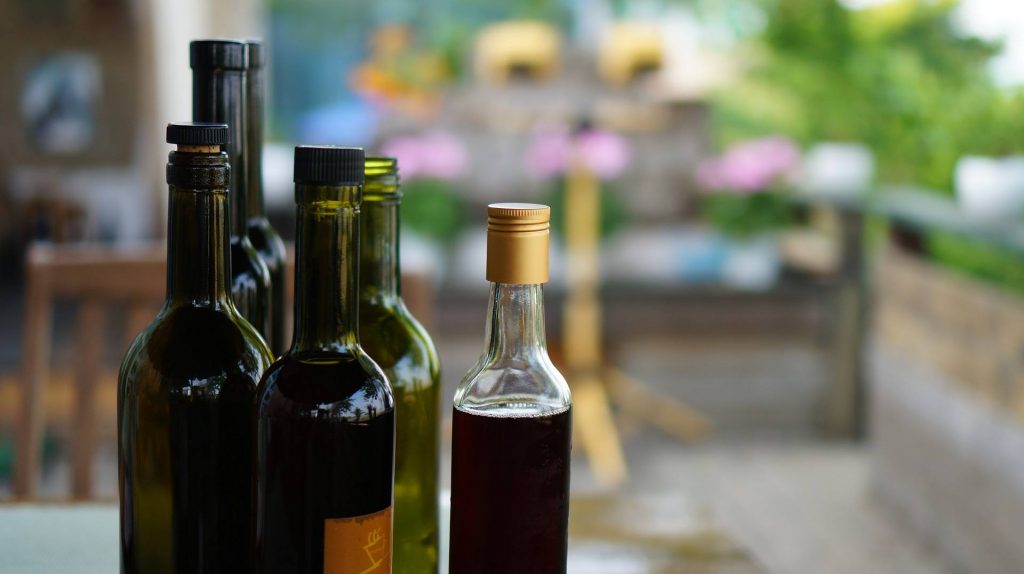 How To Use Kratom For Alcohol Anxiety

I know from bitter experience that alcohol anxiety can be debilitating. It can be overwhelming when it comes on.

You can be laying in bed trying to sleep the day after a heavy session, and you suddenly get a heavy heartbeat, an overwhelming sense of fear, a fear you are going to die.

You start to shiver, you start to get cold, and before you know it, you’re huddled up against the radiator in a blanket waiting to die. It can be horrendous.

Within half an hour of taking a small amount of good quality kratom, I found my anxiety starting to vanish like a miracle was happening.

So not only was the kratom help me with not wanting to drink at all, but it also dealt with withdrawal symptoms, and also using kratom for alcohol anxiety caused by drinking was beneficial to me as well.

When it comes to using kratom for alcoholism and depression, you’re looking at quite a specific type of kratom, and dosage range.

I got concerned recently when I watched a YouTube video. The lady on it said she had successfully stopped drinking because of kratom. In the video she said she was taking up to 15 grams a day, every day, to get off alcohol.

Now either she’s been buying horrible quality kratom, that’s been cut with other herbs, or has lost its potency, or she’s out of control. For me, in any circumstances, 15 grams of kratom is insane. That’s enough to completely knock you out, and do every day can build a tolerance.

My experience with kratom is that you don’t need to take it every day. You just take it when you really need to, and you split the dose up so that you get the benefit at your worst times.

For me, I would recommend a dose of around 4-5 grams, once per day, or twice if you are really in need and struggling. That’s all I take, every couple of days. You only need a handful of grams of something like pure Red Maeng Da to strip away the cravings to get smashed.

If you’re in control enough, I would also say you do not take kratom every day. Take it every other day at most, give yourself a break, so you don’t build up any tolerance or dependency.

Kratom Is Not A Cure For Alcoholism And Depression

I’m singing kratom’s praises around using kratom for alcohol withdrawal, because it helped me, and it helps people I know. Plus you just have to look online to see that thousands of people are easing the symptoms of alcohol anxiety, and depression with moderate doses of good quality kratom.

But it’s also important to note that kratom is not a cure for alcoholism and depression. You need support as well. You will need family and friends, and maybe some formal support. You will also need the desire to quit, and the willpower to see it through. Kratom just supports all that.

What you have to watch out for is that you are not replacing one addiction with another. Although the evidence is, anecdotally, and from me personally, that kratom has a low potential for addiction, it’s still possible.

If you are hitting large doses of kratom every day, you are replacing one hit with another. You will become dependent on using every day, just like alcohol. You will have to raise the dose, and you will get emotionally addicted to its feelings and the freedom from alcohol it gives.

What Kratom To Buy For Alcohol Withdrawal

In terms of buying kratom for alcohol withdrawal symptoms, the first thing to talk about is what not to buy.

Don’t touch white kratom. White kratom doesn’t have any pain relieving, or soothing properties. It’s like massive caffeine hit, it will give you energy, focus, out-of-control enthusiasm, and even a euphoric high.

But that could raise your anxiety. That could make you want to go out and party, to go and grab some alcohol and get out there. It can also feel out of control so much, that some people say they started drinking to try and stop feeling so out of control from the kratom.

So for me, I would recommend you stick with red kratom or some strains of green.

In terms of red kratom, most strains will be good. At even a moderate dose, it will give good levels of analgesia and sedation, but still, keep you focused and with energy. Something like Red Maeng Da, Red Borneo, or Red Thai, will be good.

As far as green kratom goes, Green Malay and Green Indo can be good. This is because they have a lot of alkaloids which deliver the analgesia and sedation at higher doses. So at a moderate dose you still get calm and relaxation, but with slightly more energy and focus than a red. If you don’t like the taste of kratom I highly recommend this Green Malay.

I’ll sometimes take 5-6 grams of Green Malay in the morning to get me through the day. I’ll then do the same with a couple of grams of Red Maeng Da to relax me and take away the desire to drink in the evenings.

In terms of what to buy, I would suggest you start with a variety pack if you’re thinking of experimenting with kratom for alcoholism and depression.

Somewhere like BuyKratom.us and The Evergreen Tree both are a great place to get your hands on a variety pack. You can buy red and green variety packs, with around six different types in each, for well under $100. That will allow you to experiment with all the major types that can help you, to find which works for you best.

So look, using kratom for alcohol withdrawal is not a miracle cure. You have to be careful you don’t replace one addiction with another, and you have to be responsible in using it.

But a few grams a day of pure red, or green, kratom from a reputable seller, will really take away your desire to drink, and will just maybe stop you from destroying your entire life.