How To Make Simple But Beautiful Cannabis Tea

In a way, cannabis tea is no different to making hash brownies, or any other type of cannabis edible.

The only obvious difference is that it’s a liquid, but apart from that, there’s no difference, so there’s no reason why you shouldn’t make it.

So what we’re going to do here is tell you how to make the most beautifully perfect marijuana tea. I’ll tell you what effects it will give you and over how long, how to calculate the potency you want, and tell you the step-by-step instructions on how to make cannabis tea that will chill you right out.

There are a few reasons why people like making cannabis tea, and some of them aren’t obvious until you think about it.

One of the main reasons is that it’s healthy. If you’re eating a couple of big hash brownies, or cookies, that are stuffed full of sugar and fat, then that’s not going to do your waistline any good. Although, I will say that because cannabis is fat soluble, you will get better absorption then you will with many other types of edible. But you can simply add a fat source into the recipes, as I am going to do here.

Apart from the health aspect, is also the convenience. You don’t have to mess around for an hour making the edibles. It’s really simple to just brew up the tea in the ways I’m going to tell you about shortly.

Also, you can’t burn the stuff. It’s pretty much impossible to burn tea unless you’re a complete idiot, which isn’t unfortunately the case with a lot of people who make hash brownies. Cook them for too long, even if you don’t burn them, and you start to lose the potency from the cannabis.

How Long Will It Take To The Effects Of Cannabis Tea To Kick In?

Cannabis tea is also an effective way of getting a cannabis hit more quickly than you can with most other edibles, because it doesn’t take so long to break down in the stomach and digest.

This can actually be quicker if you have an empty stomach when you drink the tea, because it gets processed more quickly.

A word of warning here though. Don’t drink a second dose of cannabis tea until at least two hours after you have finished the first.

The effects can creep up over longer than you think at times, and if you drink more than you should, you could get hit far harder than you do smoking cannabis. So I wouldn’t advise you drink this while you are out somewhere, you need to be at home, where you can cope if the effects are a bit strong, or you have a negative reaction.

How To Calculate The Potency Of Your Cannabis Tea

You can partly get around having a bad response by understanding exactly how much weed you need to put in the mix to create the perfect marijuana tea that is not too overpowering.

The problem is that it’s pretty much impossible to calculate how much cannabis you are putting into the tea, because each strain is different, how much you will drink will be different, and there will be variables that can’t be accounted for.

Just about the only thing you can do is to find out how much THC is in the cannabis you’ve got. Some of the stronger strains nowadays are 10% or more THC content.

Add a zero to the end and that will give you a rough idea of the amount of milligrams of THC in an average cup of tea. So if it’s 12% THC content, you’ll probably have about 120 mg in a cup of tea.

But it’s certainly not a hard and fast rule, even if you do know the THC content, and I would always advise you start by drinking a small amount of tea your first time out, in order to see the effects it has on you. 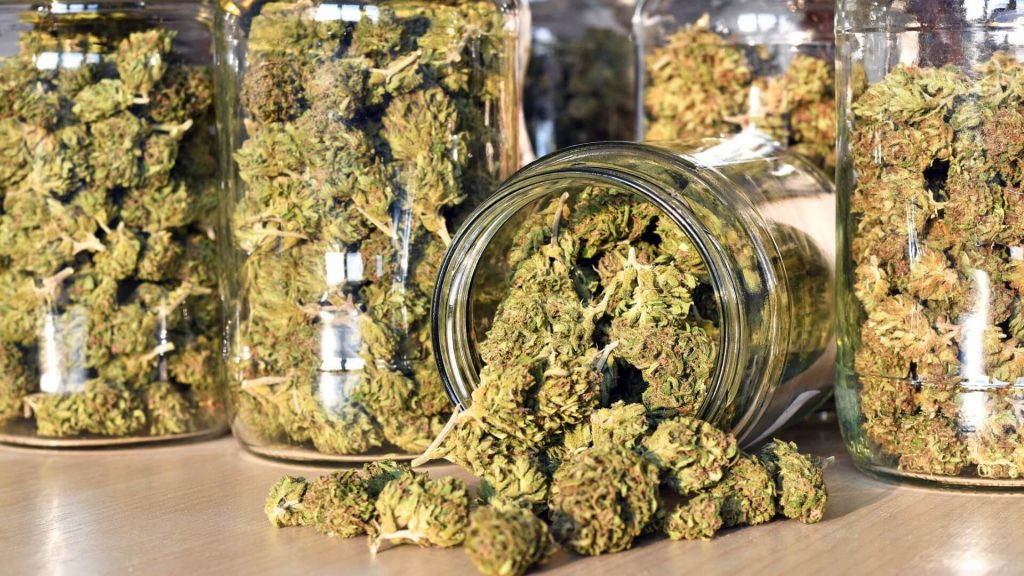 How To Make Marijuana Tea

So let’s now explain to you exactly how to make marijuana tea, using several different methods.

If you can get your hands on cannabis butter or oil, or you can make it yourself, then that is perfect because it acts in a similar way to milk, but also because it’s fatty, it helps with absorption.

To make marijuana tea with cannabis oil or cannabis butter do this:

The second method I’m going to tell you about here is how to use ground cannabis to make weed tea:

As you can see, it’s perfectly possible to make marijuana tea with ground cannabis resin. However, as you can see as well, it’s a bit more of an engaged process than just learning how to make cannabis butter or oil in advance.

How Long Are Cannabis Metabolites Detectable For?

How To Work Out On Kratom