Home » Kratom » How To Avoid My Bad Kratom Experience
Kratom

How To Avoid My Bad Kratom Experience

These bad experiences could be because of the quality of the kratom, having the wrong type, not taking it properly, a natural reaction that you have, or it could be a bad reaction to kratom because it can be a significant central nervous system depressant.

So let’s get straight to it, and talk you through everything you need to know about using kratom, highlighting the good and bad, so that you can no with 100% certainty if you’re having a great time or not.

Let’s Go Through What Kratom Is And Contains

Kratom leaves contain alkaloids of various types, with more than 50 already identified. However, the main alkaloids is Mitragynine, and the second most predominant alkaloid is 7-hydroxymitragynine. 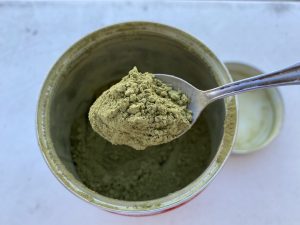 Both of those two main alkaloids give kratom its effects. However, those effects change. That’s why I always call kratom spectrum drug. It’s not that the same effects get more enhanced, they are different depending on the dosage used.

At lower doses the range of alkaloids is so wide that none predominates, and you tend to get a small stimulant effect with a little calmness.

It’s only as the dose increases that the two main alkaloids kick in. And at higher doses, it’s 7-hydroxymitragynine that predominates. That’s because although it’s far small in quantity, Mitragynine gets progressively converted into it. That’s why the effects become more sedating and pain relieving at higher doses, regardless of the type of kratom.

In fact, kratom to me as a bit like another CNS: alcohol. A few drinks and you feel energized and happy. But the more you have, the more depressed you can get physically and mentally. At high doses of alcohol, you can be overwhelmingly sedated. That’s exactly what can happen with kratom. As you can see, that’s different to a drug like cocaine where you just get progressively more wired.

So, what you’re looking for is significant high-quality in the kratom you buy. It has to be rich in alkaloids, and not water down by being mixed with other herbs. That way you’ll know you’ll get the best effects at every level of dose.

On top of that, it has to be stored well. Kratom loses its potency if exposed to heat and sunlight.

The Different Types Of Kratom You Can Use

The main takeaway from what I’ve just said is that it’s the quality of the kratom that matters most. Poor quality kratom just won’t give a consistent experience. It certainly won’t give you the full spectrum of effects that people talk about.

That’s what happened to me the first time I tried kratom. I felt it warm, I had little bit of energy, but even several grams did absolutely nothing beyond that. It really put me off kratom for quite some time.

It wasn’t until I tried again a couple of years later, from a friend who got really good purity, but it nearly knocked my head off. I remember it was White Borneo, and I took 5 g. It was a wonderfully smooth experience with a rush of energy, happiness, peace, and then rapidly increasing feelings of being chilled out and warm.

Secondary to that is the type of kratom. There’s no denying it, white, red, and green kratom do have different effects. They are not as pronounced as some people make out either.

Generally, the different colors of kratom (the colors relate to the veins in the kratom leaf) have the following predominant effects:

So your main decision is really which vein color you want to experiment with. After that, it’s the strains which take predominance.

In terms of strains, there’s an awful lot of rubbish spoken about them though. You’ll be told that White Borneo is better than Indo, and then it is wildly different to White Bali. The truth is there is not much difference at all.

In fact, between some strains, especially at poor quality retailers, there’s no difference at all. Borneo is an island that produces kratom. But it’s owned by several nations, and the kratom from it is called Indo, Borneo, and even Kalimantan kratom. But it’s all from the same region, the same trees.

So you have to be careful. Sometimes, the kratom is simply exported as white kratom, and then bagged up by US retailers with different names, so that there’s more choice on offer visually then there is in reality.

Here’s What Happened With My Bad Kratom Experience

Now I hope you are fully clued up. Quality kratom matters. That’s what’s most important because you’ll get the highest alkaloid content.

Secondary is the vein color. Red, green, white will give you a predominant alkaloid balance, as long as you buy from high-quality retailer who imports kratom that is genuinely of that type.

Third comes the strain. Once you’ve nail down the quality and the vein color, you can then try different strains to see what different effects are produced.

In terms of my own experiences with kratom, then mostly been good. However, I have had a couple of really bad ones.

I’ve already told you about my initial experience where it was just such poor quality (from a local shop where it had been stored badly and had very little effect). However, I had a really bad experience that actually genuinely worried me as well.

The problem was again about not great quality kratom. It wasn’t awful, but it was “patchy”. It would take some and the effects would come and go. Sometimes you take a good dose and get a good effect for several hours, and sometimes it was patchy, or not strong at all.

About an hour after that, things started going downhill rapidly. My breathing became very shallow, and my heart beat became very, very slow. I also started to feel increasingly out of it.

I became so concerned that I actually went outside and walked around the streets locally so that if I collapsed somebody would see me. I also felt I needed to keep on the move so I didn’t fall asleep.

This horrible feeling, along with a rush of anxiety every 30 minutes or so, came in waves over about three hours. It started to subside, and you could feel each wave being ridden getting less intense.

Once I knew I was out of any potential danger of falling asleep with low heart rate and shallow breathing, I relaxed and went to bed.

The learning point for me was always get good quality kratom. The kratom I had wasn’t. It was from a European vendor that I wanted to try, and it wasn’t great quality. It was Green Malay, and should have been balanced, but it simply wasn’t.

My second learning point was that you should never top up your doses frequently. Have your initial dose, and leave it at least three hours before having any more. That way you’ll definitely know what’s going on.

If your stomach isn’t entirely empty, it can take an hour or more for the effects to start to kick in. So you could wait now and think you are fine, so you take some more, but things could then start getting overwhelming.

Kratom has many benefits. For me, it was about pain relief or a bad back, and lowering my anxiety. You do have to be careful, because it can induce anxiety if you use lots of white kratom, or you have bad reactions to it.

You should also be careful of using kratom with other central nervous system depressant chemicals. Alcohol is the obvious one here to worry about. You shouldn’t drink alcohol with kratom, or at least not more than a handful or less of small beers.

You should never mix kratom with other opioids. Although kratom is not classed as an opiate, in truth it really is. At higher doses it’s a full agonist of all four of the main opioid receptors in the body, in exactly the same way as for opiates.

So, the golden rule is never combine central nervous system depressants when using kratom. That’s the first thing to do to keep yourself safe.

The second thing is to make sure the quality is good. Always look for good quality kratom. I’ll talk you through how to do that in a moment.

The third thing is to take in one dose. Take the optimal dosage for what you want to achieve, and then leave it for at least three hours before taking any more.

Let’s quickly talk about the sort of dosage range you should be using:

If you’re new to kratom, I’d recommend you start with 3 g. See what effect it has. Then try 5 g. If it’s good quality kratom, I guarantee you’ll notice significant differences in the effects you get.

Don’t go above 5 g a good quality kratom unless you’re prepared. Have an empty stomach, be hydrated, and take it in one go. Work up a gram at a time. So 5 g, then 6 g, you get the idea. That way you’ll work out where your limit is in a safe way.

I’m not going to bang on about it to you, but the Evergreen tree is the place where I now by my kratom almost exclusively.

That’s for you to explore and see if you agree with me on my conclusions about that company. But for me, they sell some of the most amazingly rich kratom.

The reason I picked the Evergreen tree, after trying several other companies of the past few years, is the ability to choose the strength of your kratom.

So you want to buy some White Borneo. You can choose the alkaloid strength. There are three different brackets of strength, each costing more. The beauty of this is an only can you choose the price you pay, and the strength you want, but you know that they must have tested and grade each batch to be able to supply in this way. That demonstrates the quality of the kratom.

They sell the same good quality kratom in capsule form as well. If you’re looking for kratom capsules (which are very convenient and get around the bad taste of kratom but are expensive), then it’s a great resource.

So overall you’re looking for good quality kratom, at a fair price. You’re looking for them to have great reviews online, and after a test order (you’ll want small quantities to test, although I’d recommend at least 5 g of each), you’ll be happy to experiment with them further.

I really hope that’s been helpful for you, and no matter where you choose to buy your kratom from, I hope these quick tips on how to regulate positive experiences using kratom have helped.

Discreet Smoking: Why Dry Herb Vaporizers Are the Best

How Insane Is A Salvia Divinorum Experience?

Tags: how to take kratom