Home » Cannabis » How Long Are Cannabis Metabolites Detectable For?
Cannabis

How Long Are Cannabis Metabolites Detectable For?

Weed metabolites definitely stay longer in your system than most people think. That means a lot of people think they are clean to pass a drug test, but they aren’t. What I’m going to do here is explain to you why average drug detection times for cannabis are not the whole story, and how you can avoid getting caught out.

I’m going to tell you exactly what the reasons are for it taking drugs longer to get out of your system then you are told, and what you can do about it.

Plus, I’m going to talk to you specifically about drug testing in urine, hair, and saliva, so you can understand how long cannabis stays present for these types of drug test, and what you can do to avoid getting caught.

Cannabis Could Stay In Your System For Longer Than You Think

The problem is that you get told average drug detection times. This is for what is usually classed as an “moderate” user, and the detection time for drugs is actually quite short:

That’s just a snapshot, and as you can see all of those drug detection times are relatively short. The longer times are usually for more chronic users, but those times always vary hugely. It’s pretty much impossible to know exactly how long drugs will be detectable in your system.

So the problem is that a lot of people think that they can smoke weed a few times a week, then take three or four days off, and pass a drug test. Unfortunately, that’s just not true.

Average Marijuana Detection Times Are Not The Whole Story

The real problem is that these average detection times don’t take account of the differences in your body, and they don’t really account for chronic weed smokers.

Look at all these reasons why those drug detection times could be massively understated:

So it’s okay to say it takes 3-5 days for a moderate cannabis smoker to get clean, but most people actually aren’t moderate.

If you’re smoking three or four joints a week, then the toxins are going to be stacking up, especially if you are older, have a slow metabolism, a poor diet, or are taking other types of drug.

The thing with cannabis is that the metabolites are different. They are shaped differently and they clean to fat cells in the body. This is unusual compared to most other types of drugs.

You could actually not smoke cannabis for a month, but there are still cannabis metabolites binding to fat cells in your body, and they suddenly ping out through your urine just when you don’t want them to. This gets worse the more body fat you have.

And the more cannabis you smoke, the more those metabolites are stacked up in your body, and the longer they will be pouring out of your body for. Cannabis is not a linear drug in respect of being clean within a certain amount of time.

So let’s talk about detecting cannabis metabolites in your urine stream. This is the most common type of drug test. That’s because it’s cheap, and effective.

In urine, a light cannabis user will be detected for up to 72 hours. But realistically, if you’re smoking even more than a couple of joints a week, it’s really going to take you a week to get clean, and that’s if you’re not taking any other types of drug.

If you’re a chronic cannabis smoker, then studies have shown you can be carrying metabolites for up to 3 months, but realistically you’ve got to be looking at two weeks as a minimum before you stand a chance of getting clean.

You could do a natural detox, which will take two weeks or longer. You can even speed up the detox with pills, which means that even a chronic smoker should be clean in around 7-10 days. That’s still not quick though.

The other option is to submit a completely fake sample using synthetic urine. That’s really easy to do, but you do have to get high-quality urine, keep it within the correct tempera 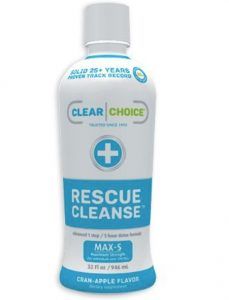 ture range, and smuggle it in.

In saliva, cannabis metabolites are usually detectable for a couple of days. Maybe a day longer if you’re a chronic smoker, but rarely ever longer than 72 hours.

If you’re a light smoker, you can just brush your teeth a few times, use a strong mouthwash, and as long as you haven’t smoked anything for a couple of days, you’ll be fine.

If you’re a regular weed smoker though, you’ll need three or four days between the last joint and the drug test for those metabolites to stop appearing in your saliva.

Hair drug testing is slightly different. It doesn’t matter what type of drug you have been taking, the detection time is always 90 days, because that’s the sample length taken from your head which accounts for the most recent 90 days drug use.

So basically, if you have taken drugs of any type the past 90 days, then it will be picked up by a hair follicle drug test. But they are rare, expensive, and usually only done for law enforcement purposes, or senior management jobs.

The only way of passing a hair follicle drug test is the Macujo method. It’s invasive, and takes about two hours with each run through. You’ll have to do it over several days, but it does open up the shaft of the hair and flush out the toxins.

Everything You Need To Know About CrossFit In Five Minutes

How To Make Simple But Beautiful Cannabis Tea