Sports betting and marijuana are both controversial political subjects that mostly have been avoided by politicians as it is quite sensitive subject matter to raise awareness about. Nonetheless, the Governor in the state of New York Andrew Cuomo stood forward with a vision for legalizing what he refers to as adult use of marijuana and mobile sports betting. And some people support this suggestion pointing to the fact that it could actually be a helping hand for a pressured economy due to the COVID-19 pandemic.

However, this might solve some issues, it could bring others. And no matter how this suggestion is carried out in reality it will be interesting and exciting to follow how it plays out. This is a debate that has gotten a lot of attention and it might be due to the economic focus that much of the attention has been positively voiced. The economic output revolves around the taxes that could benefit the state budget. Creating more control within both of these markets might be the way forward both financially and socially.

Legalization of sports betting for the economic uprise

After Cuomo’s statement, his idea was supported by people who stated that making mobile sports betting legal will have economic benefits. It is a popular and ongoing thing and instead of fighting it, the state should be able to gain more control in the market and benefit from the profit of the field through taxes. He points to the fact that the state is in a bit of a financial pickle due to the COVID-19 and the lockdown

Collecting the taxes from the million-dollar industry that betting is could be impactful. The discussions revolve around allowing the state to sell licenses to some casinos, allowing them to develop servers where you can bet on sports from your mobile. In some states, for example, New York’s neighbor New Jersey, sports betting is legal and you can enter online services where you can bet from. One of these is https://www.betphilly.com/ presenting a collection of the online services for sports betting that you can trust. Naturally, you can only enter this site when in a state that allows online betting. But making room for these services in a controlled manner by giving out a certain amount of licenses could be a way to go. 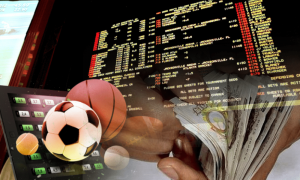 Legalization of Marijuana to ensure taxes

Cuomo states that the legalization of marijuana will help to end the criminalization of it. Which according to him has led to especially communities of color being under more suspicion and scrutiny from police than from civilians. New Jersey and fourteen other states have already made it legal to take or smoke marijuana. To fight the war on drugs Cuomo presents how the state could help by involving in this market.

Providing business owners with a license to operate as a salesman of marijuana and offering assistance to help in other areas of business, like an Office of Cannabis Management. For more information on the drug, marihuana visit https://www.theihcc.com/. Cuomo also points to the fact that legalizing marijuana might bring a profit for the state in the form of taxes on the sales in this market. Therefore, the legalization of marijuana could be both useful and profitable. And this is a quite brave and controversial statement coming from a Governor and it will be exciting to follow this proposal and whether or not it will be voted through.

One thing is the visions but turning them into reality can naturally meet some challenges. As there it will need to travel through a lot of different processes before being acted out. In terms of turning law into reality, some have already been carried out while others still need to be materialized.
Even though there is a redefined cannabis program its implementation is not done from one day to another. In terms of who will need licenses and so forth. You will need a license for possessing or selling more than three ounces of cannabis.

And as well as any other substance use, you will need to have passed the age of 21 years to even be allowed to. The punishments for overstepping this boundary are still quite huge. Each person is allowed to grow three cannabis plants and no more than that.

The other prospects on the legalization of cannabis

The unsure and risky thing about legalizing cannabis is that we have not investigated the effects. There is no way to know whether it is going to make the number of addictions rise or contribute to a larger number of people developing mental health issues. This is because you have never been able to test the long-term consequences of this practice due to ethical concerns. As you cannot encourage or force someone to smoke cannabis and follow them in comparison with a non-smoking subject to seek out their different abilities.

But as the legalization of cannabis has spread to a number of states, studies have been set off. And in some years we will finally be able to see whether this legalization brings more addiction or mental illness or if it mostly causes less criminalization and a healthier economy. So, these processes of legalization are contributing to science on the matter of long-term effects of smoking and legalization.

And naturally the general effect of making the drug legal. There is more knowledge on the subject of sports betting, however, it contains some of the same questions. And in some years we might be able to answer based on studies whether the legalization of cannabis and sports betting is only affecting the state economy or whether it brings more beneficial or problematic aspects.

How To Decide Which Marijuana Consumption Method Is Right for You