Five Fantastic Foods You Must Stop Throwing Away

We have all done it at various times, we have been lazy when prepping food and thrown away far more than we are comfortable with somewhere in the back of our mind.

Think about when you buy fresh carrots. Especially if you’re eating to improve your physique, you can be a little lazy if your main motivation is anything other than a passion for the food itself.

Those carrots are chopped to bits, then often half of that is thrown in the bin, leaving what you need for the batons, or what you need right then. The rest just gets binned because you think “I don’t need it”, or even worse “I won’t use it”. It’s a means to an end.

Hideous, and when you look at the stats, it’s even worse. In the UK it’s estimated nearly 7 million tons of food is disposed of each year that was completely safe to eat. In the USA it’s even worse, with estimates of up to 40% of the total food supply being disposed of.

The Benefits Of Re-Looking At What You Throw Away

So as you can see, this is a big problem. And there are benefits in doing your bit to change your habits. Put it this way, if you’re going to go to all the effort of changing your food habits to build your body better, then surely you should respect the food and get some passion for it as well?

These are the key benefits you should consider:

Asparagus is one of those beautiful foods which often gets so much waste thrown away that it’s shocking.

Even if you don’t want it then, just put it back in the fridge. You can finely chop it, gently sauté it, and mix it with salads, with beans, with lentils, there are so many uses for the unloved bottom part of the asparagus.

Another common everyday vegetable that is the high nutrition, widely used for bodybuilding benefits and general health, carrots are criminally wasted.

Carrots are quite cheap, so people just don’t seem to care. They will take the top off, and sometimes the bottom. Sometimes they will shave the outer layer as well with a vegetable peeler.

Doing all this can mean that around ¼ of the original volume of carrot is thrown in the trash.

The shavings can be put on salads. You can mix the offcuts of carrot in soups, with beans and pulses, to make tomato-based pasta sauce. Carrots are so rich in antioxidants, vitamins A, and vitamin K, that you really should take another look at reusing some of that waste.

The next item on our list that is often criminally wasted is broccoli. Because it’s cheap, people don’t think much of it. There’s also the fact that people like the broccoli heads rather than the stems, the florets. So they just hack off nearly half of what they bought and throw it in the bin.

Ironically, the sweeter flavor is in the stalks. In fact, if you cut off the hard end that dried, and then use a vegetable peeler to take off the top layer of skin, what’s underneath is a little like asparagus, and is very flexible.

You can thinly slice them and put them into stir-fries, or sauté them and mix them with something like scrambled eggs and pasta dishes, or even use them in slightly larger pieces in soups. 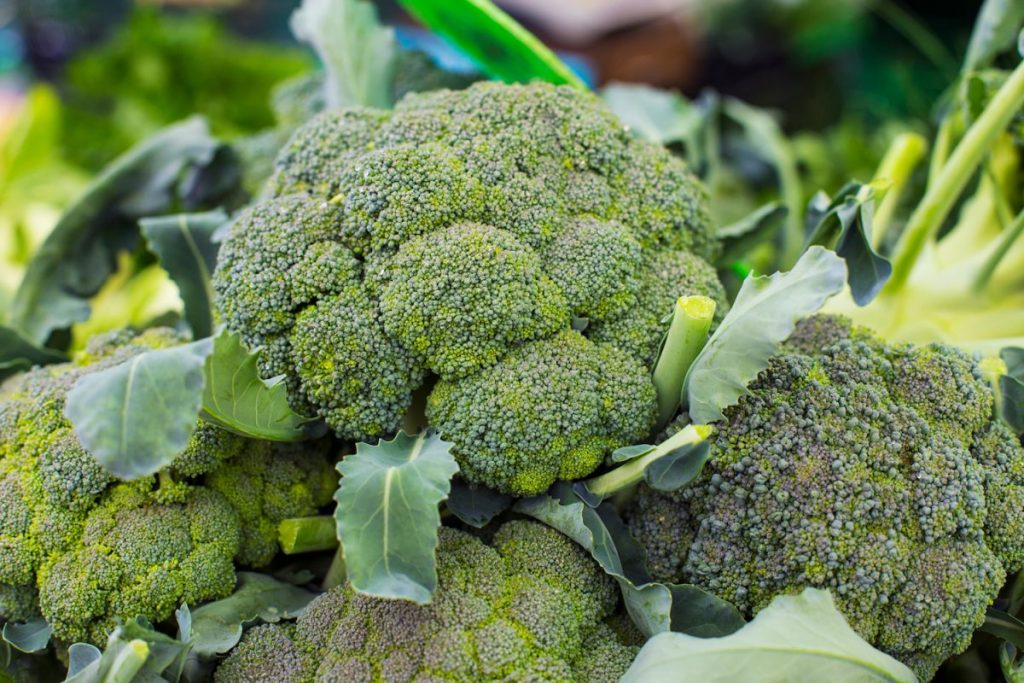 Now overripe fruit and fruit waste is something that I’m going to lump together here in one entry of the top five. I’ve seen people literally pick up a handful of apples that have been in the fruit bowl for a few days, when they found one to be slightly too dry, and throw them in the bin.

The same with bananas that are overripe, the same with berries, any fruit that’s overripe or maybe just a bit bruised. In the bin, it goes, gone.

It’s the same when preparing fruit, a lot is cut away and then just thrown in the bin.

Here’s an idea. Don’t do it. Instead, put all the waste together and make smoothies. You can even freeze some of the fruit so you can do this in bigger batches.

It’s really easy to do, and as long as you use some water or milk, and you mix into vegetables, things like avocados as well, then you can make them more healthy, which will appeal to adults and children alike.

So don’t throw away that fruit. From the bodybuilding perspective, it’s full of nutrients and energy, and it’s perfect for mixing your creatine monohydrate with, or for adding a couple of scoops of whey proteins into as well.

Last on my top five list of things not throw out our watermelon seeds. I’m also going to lump in other types of seas like pumpkin seeds with this as well. A lot of the goodness is in the seeds, but they are cruelly hacked out and thrown away without a second thought.

So instead, roast them in the oven. Rinse them off under the tap in a sieve, and then put them on a tray in the oven and gently roast them until they go a light golden brown.

They then take on a delightful nutty aroma, and they can be spread on salads, mixed with yogurt, and even turned into a key component of a home-made batch of energy bars, perfect for helping towards the diet you need whether you are cutting or bulking.

Does Kratom Show Up On A Drug Test?