This fasoracetam review is going to tell you everything you need to know about the newest member of the racetam nootropic family in a super quick time.

In five minutes you’ll know everything you need to get started with this exceptional smart drug. We will talk about its history and pedigree, fasoracetam effects you can expect, dosage, possible side effects, and how to stack it.

As well as all that, we will talk about where you can buy fasoracetam that is pure because as it’s an unreleased research chemical that’s not completed its clinical trials, purity is vitally important.

Fasoracetam was created in Japan in the 1990s. The intention of the developers was to create an effective treatment for vascular dementia. However, clinical trials were poor, and it was discontinued.

It sat in limbo for nearly 20 years, until 2013. It was then purchased, all its research literature and chemical structure, by a United States private medical company called NeuroFix.

But before you think that sounds sinister, the man who created the company was a doctor at the Children’s Hospital of Philadelphia who wanted to help kids with ADHD. He saw potential in fasoracetam to use it for this purpose, and so he started NeuroFix in order to obtain the license to continue its research.

In 2015, fasoracetam was accepted into the FDA’s IND (Investigational New Drug) program. This allowed the company to obtain licenses to begin human trials. Those human trials began in 2016, with the aim of developing fasoracetam into a possible treatment for ADHD.

But today, fasoracetam is still classified as a research chemical, with the alphanumeric NS-105 and NFC-1. So it’s not licensed for human use at all.

But that doesn’t mean it’s not being used by humans. I think the question that is forming in your mind, as it did mine, is how on earth are people using fasoracetam when it’s owned and patented and hasn’t been put on the market?

Well, it’s because any competent chemist can recreate its formula, as with most smart drugs. So in the past few years, independent labs have reproduced fasoracetam in an unlicensed manner, basically, they have copied it and then it’s put on sale. So it’s a legal gray area.

Effects After Taking It

But putting all the legality and development to the side, what are the actual fasoracetam effects, and how are they different from other racetams, especially the more potent modern development? The literature available, and anecdotal evidence from people using it as a nootropic tell you that fasoracetam has the following positive effects:

Fasoracetam’s mechanism of action is still not fully understood however, it is thought that it is an agonist of all three groups of glutamate receptors. It’s also thought to mimic GABA, an amino acid that is important in regulating several key neurotransmitter responses.

So to try and put it in layman’s terms, GABA is an inhibitory neurotransmitter. Fasoracetam up regulates GABA. At the same time, it can suppress the excitatory neurotransmitter glutamate. The result is a smoothness, a suppression of everything that makes us feel unbalanced, producing the desirable fasoracetam effects described.

Dosage Guide For The Best Results

Because there is no in-depth human trial data in relation to using fasoracetam to induce calmness and increase cognitive performance, telling you an exact fasoracetam dosage is impossible.

However, what we do know is that it’s a more potent racetam, far more potent than the original aniracetam formula. You have to be careful with unregulated medication. The fact it’s a nootropic, which is cool and smart, doesn’t mean you should disregard safety. There is no documented evidence of its safety, effects over the long term, or efficacy, so you have to use low doses and work your way up to find what works for you, without side effects.

However, we have anecdotal evidence and a few human trials relating to ADHD. Administered orally, doses were between 50 mg and 800 mg, several times per day. But later in those same trials, they were reduced to 400 mg twice per day.

In an earlier Japanese study, doses of 100 mg per day were administered to adult males.

But because of its potency, when you are only using it as a nootropic, not to overcome a serious mental health condition, a dose of as low as 20 mg twice per day, or a single dose of up to 50 mg, could be enough experience the full spectrum of effects. 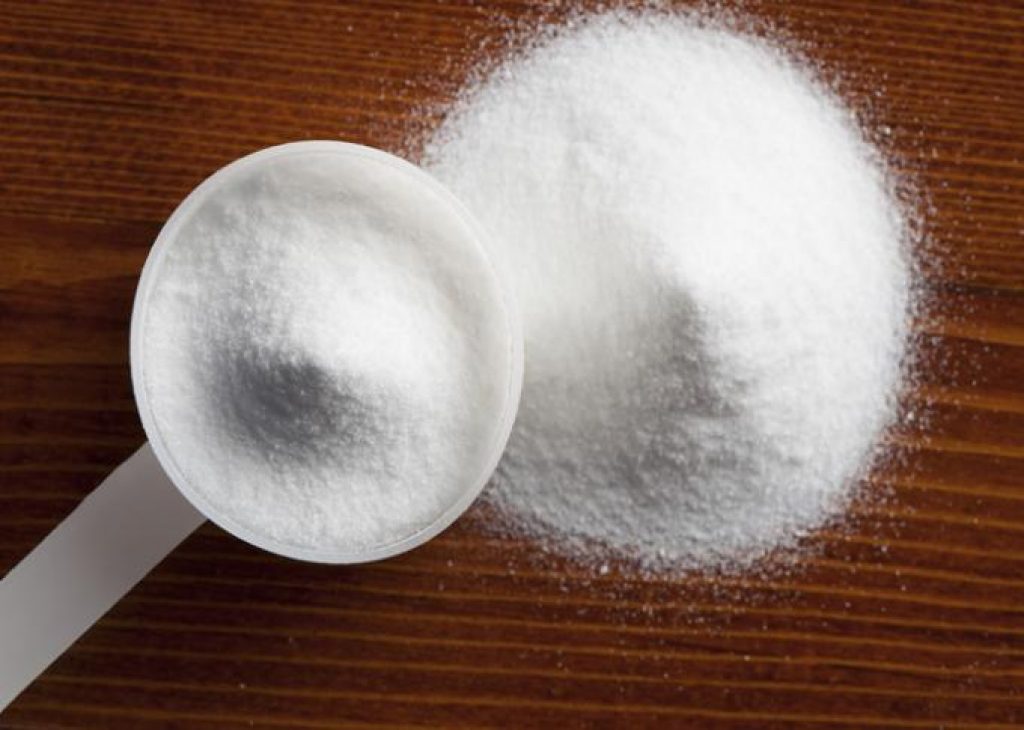 Be Aware Of Side Effects

Racetams can produce side effects. One side effect that is common to most of them that up-regulate acetylcholine through increasing choline, is that its depletion can lead to headaches. This can be solved by using a basic fasoracetam stack, which I’ll talk about more in a moment.

Generally, though, common side effects of fasoracetam include:

Most of these are minor and don’t happen all the time, or at all with some people. However, I just want to talk about the impaired kidney function, as that obviously sounds serious.

Because it’s metabolized in the kidneys, which can put slight additional pressure on them. That shouldn’t be a problem in a fit individual, but if you have impaired kidney function, or you are more elderly, then it could be a problem. 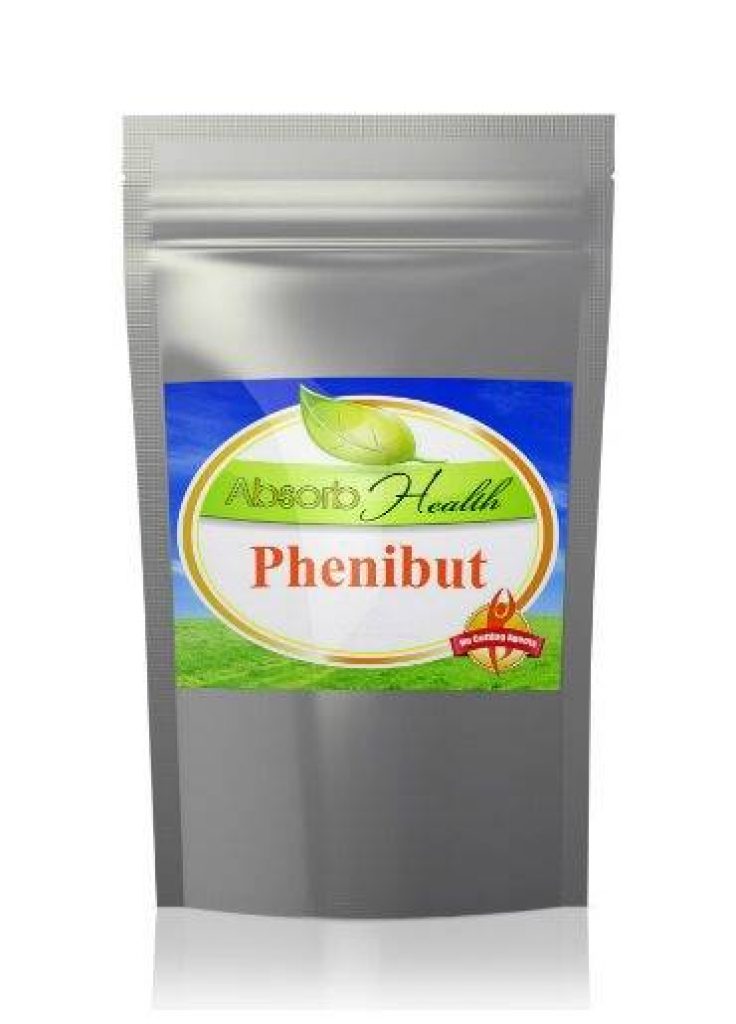 Before I conclude this fasoracetam review by telling you where to buy fasoracetam, I just want to talk to you about stacking it. There are a couple of efficient fasoracetam stacks that you can use. The first stack is very basic.

It’s simply a dose of fasoracetam and dose of a choline supplement, like CDP choline. The supplement counters the choline depletion, allowing fasoracetam to provoke the production of more acetylcholine without the side-effects of headaches.

The other fasoracetam stack commonly used for an intense nootropic experience is putting it together with Phenibut. The two together it seemed to potentiate each other, leading to a dramatic increase in the cognitive effects.

However, doses should be kept very low, and infrequent, as Phenibut can build emotional addiction and tolerance quickly, so if you potentiate its effects this could happen more readily. You should also still use a choline supplement with this stack.

Buy It From Trusted Source Only!

So I hope this quick review has been helpful. But as it’s unregulated and not on the market legitimately, how is it up for sale?

Well, it’s because once the formula is out in the wild, it can be easily reproduced by qualified chemists. Although it’s not licensed or legal to do so. That’s what happens, and many smart drugs for sale are only for sale because it happens.

So finding where to buy fasoracetam is half the battle, and you are looking for a place that sells it that guarantees its purity through an independent chemical lab verifying it through analysis. The only place I’ve really found that sells 100% pure and guaranteed fasoracetam is Science.bio.

I tried it, and it’s fantastic quality, one of the best racetams I’ve ever experienced. It’s not expensive either.

A 1 gram container of fasoracetam powder, containing a total dose of 1000 mg, cost just $19.99. Each batch is purity tested, and those reports are published on the Science.bio website product page, giving you peace of mind.

How To Use DMHA Pre-Workout Supplements Safely

Where To Buy Piracetam Online – The Grandfather of All Nootropics