How The Pandemic Is About To Fuel A Drug Testing Nightmare

Economies around the world are crashing because of COVID-19. As in any market crash, the first casualty after liquidity is always employment.

In the USA, drug testing is widespread before employment is confirmed. So if you are a regular weed smoker or drug user, but you’re clean for work and have no problems, then you could be in the even worse situation of joining the job queues knowing that if your drug test you’ll probably fail. However, things could now be about to get worse than that.

So let’s take a look in detail at how coronavirus could affect your chances of getting a job, and how you can get around that.

How Coronavirus Is Affecting Unemployment

In any economic downturn, unemployment goes up. That’s a simple fact that everybody knows.

Coronavirus is unprecedented though. Let’s take a look at the USA in isolation for a second. Between April and June 2020, the US economy shrank by 33%. That’s right, one-third of the economic output of the biggest economic powerhouse in the world vanished.

Although the July unemployment figures in the USA went down slightly to 10.4%, in April they reached 14.7%.

I don’t know about you, but I can’t see unemployment dropping below 10% in any modern westernized country the rest of this year, and beyond?

So, the problem is you’re going to have more people applying for fewer jobs. To give you a sense of the scale of the problem, it was reported in the UK that two bar jobs on the national living wage (£9, around $12) attracted 480 applicants in 24 hours.

Now that’s literally insane and completely unsustainable. Unless you’re incredibly lucky, you don’t stand a chance in hell of getting a job, especially if you don’t have any highly sought after skill set at the moment.

Thankfully, it’s only going to be temporary. As long as a coronavirus vaccine becomes widespread by the first quarter of 2021, then things should rapidly pick up as long as there are no unforeseen problems. In the short term though, job seekers are going to be in trouble.

In Any Downturn, Employers Can Be Pickier

Added to the problem of supply and demand, is the fact that employers can be incredibly picky now.

It doesn’t help that they are being encouraged to be stricter because they know that they can be now. It’s basically a buyers’ market.

And the employers are aware of this. The statistics back it up as well. After 9/11, marijuana use went up 3% in the USA, and drinking in New York state increased by 25%. So the statistics are clear, and employers will obviously take notice of that.

If you’re in denial, please don’t be. Increased scrutiny on drug testing is definitely going to happen. Take a look at this recent quote from the Occupational Health & Safety organization in America:

“Now is not the time to stop or curtail drug testing. In fact, it is possible that drug testing has never been more important. In addition to the increasing rate of substance abuse and its predictable impact on safety and workplace accidents”

In America, Drug Testing Is Going To Be A Bigger Barrier To Employment

So as you can see, the evidence is clear. Coronavirus is definitely going to mean that employers could not only be more picky, but are more likely to undertake drug testing even if they haven’t previously.

That makes getting a new job an even bigger minefield for someone who knows they’re going to test positive for drug metabolites.

You also shouldn’t get confused by the fact that marijuana use has been legalized in many USA states now.

Although it’s been legalized at state law level, it’s still illegal under federal law. And regardless of what state law says, many employers in those states will still test for cannabis use, and if positive they won’t hire you. 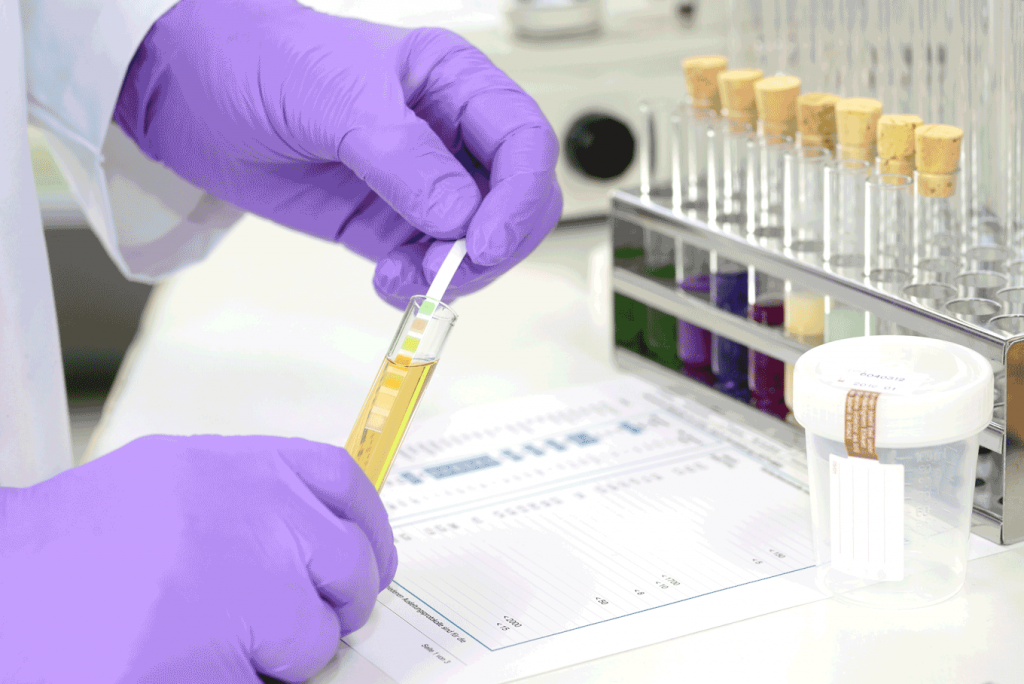 Even if you are already employed, and don’t think you’re going to lose your job because of coronavirus problems, you’ve still got the issue of on-the-job drug testing.

I’m telling you, that more employers will consider bringing it in over the next year. The reason for that is that they will not only potentially want to, because they are more concerned and aware of drug abuse at work, but they will also be encouraged to.

Think about it. All those big drug testing companies, and all the trade bodies, they are going to be pushing to make money out of this.

The pressure on companies will mean that more will start pre-employment drug testing certainly, but also many may step up existing on-the-job drug testing, while some will introduce it is a new thing.

So, don’t for a minute think that you are going to be insulated if you already have a job in a company that does not already have on-the-job drug testing.

The truth is that for the next year or so until the coronavirus vaccines out there pass Phase III clinical trials and mass immunization programs are rolled out, unemployment is going to be high, and people with jobs are going to be scared.

It’s going to be buyers’ market, and the employers are going to be playing hardball both with their employees and looking at existing employees with closer scrutiny.

Even the jobs which are usually not desirable, where they traditionally struggle to recruit, are suddenly going to become oversubscribed. With that will come more rigorous levels of scrutiny of potential recruits, and for many employers, that’s going to be increasing use of drug testing.

So your choice here, whether you’re already employed, or now looking for a job, is to give up the drugs completely or to know exactly how to pass a drug test of any type.

Whether you’re looking for a job, or you’re already in a job that has on-the-job testing, or you suspect it could happen, then what you need to do is insulate yourself from the problem.

These are the options you have to get through the COVID-19 crisis without getting caught failing a drug test:

Alternatively, you could just scale back your drug use. A light user would usually be clean in about three days. That’s slightly different for marijuana use if it’s regular because it can mean you always test negative.

If you just do a line of coke on a Saturday night, then unless you’re tested first thing on a Monday morning, then you are unlikely to ever get caught.

But the important thing to do here is to look at your risk profile. If you know for a fact you’re not going to be tested on the job, then you don’t have to worry about it that much for now. But you also have to think that employers will be looking at the rich pool of talent out there now, compared to even six months ago, and be looking at ways they can get rid of some of the people that aren’t 100%, so they can get those people gone without legal challenges.

However, I’m going to finish by talking about the big risk, which is getting a job in the first place if you have been made unemployed.

If I’m honest, I think I’d probably say you shouldn’t be taking drugs if you’re looking for a job. If you’re a frequent user, unless you’re completely addicted, your best to start looking at scaling your drug use rapidly down to zero if you’re applying for jobs.

If you can, just get naturally clean to get the job, and then stay clean until coronavirus has blown over. The best way to do that is to do a natural detox. You can accelerate that using high-quality detox pills if you want, and it means that even a regular user can be clean in about a week.