Centrophenoxine is generally described as safe, non-toxic, and beneficial as a smart drug, and for increasing the health of the brain. But is that true? In this Centrophenoxine review, I’m going to let you know about the reality of using Centrophenoxine, both in terms of the benefits, and possible side-effects.

What Exactly Is Centrophenoxine?

Centrophenoxine is known to most people nowadays as a nootropic. But it didn’t start out that way. It was developed in the 1950s and was actually meant to help people with aging brain diseases, things like Alzheimer’s and dementia.

However, as the pressures of modern life and the desire to perform better has affected the human psyche, many substances with a different original purpose, are now being seen as potential smart drugs, substances that can improve our thinking and learning beyond normal.

Centrophenoxine is a potentially powerful smart drug. It can improve cognitive functions, improve your mood, and your speed of recollection, plus, it appears to help with memory storage.

But it doesn’t do all this immediately. Although some of the benefits of using Centrophenoxine are immediate, it actually has other properties which help to make the brain younger. That may sound a bit nuts, but people claim it can help reverse aging in the brain. So how could it possibly do that?

The Effects & Benefits Of Using Centrophenoxine

Centrophenoxine is a combination of two different chemicals, known as an esther. Basically, one acts as the carrier, while the other delivers the payload so that it can do its work better.

It’s a bit like with people using things on their hair. Carrier oils are often used, things like coconut oil because it gives volume, and it can also deliver the essential oil next with it into wherever it’s being rubbed, far more easily than it could on its own.

This is basically what happens with Centrophenoxine. It’s actually primarily just DMAE that has effects in the brain, but because DMAE doesn’t pass through the blood-brain barrier very well, another substance, called pCPA is used to help carry it through.

So it is actually DMAE doing all the heavy lifting, and in the brain, it has the following effects:

Now I don’t want to bore you to tears, but the upshot of all that is that it can improve your memory, through increasing nutrients, oxygen, blood, and levels of acetylcholine. This is a neurotransmitter that helps with memory, so boosting levels of it will help greatly. And because it promotes glucose uptake, it can improve mood.

On the flipside, it also reduces levels of lipofuscin. This is a waste product that we develop over time, and as we age, it gets worse, creating problems. You know when you are older, you get brown patches on your skin, you must have seen them, or that’s lipofuscin build-ups. Initial studies back in the 1970s concluded that DMAE reduced lipofuscin levels by up to 40% with prolonged use.

Which is why Centrophenoxine experiences change over time. Because it is removing free radical damage, it can help to keep the brain healthy, and even make it younger, allowing for further improvements in speed of memory, and energy levels mentally. 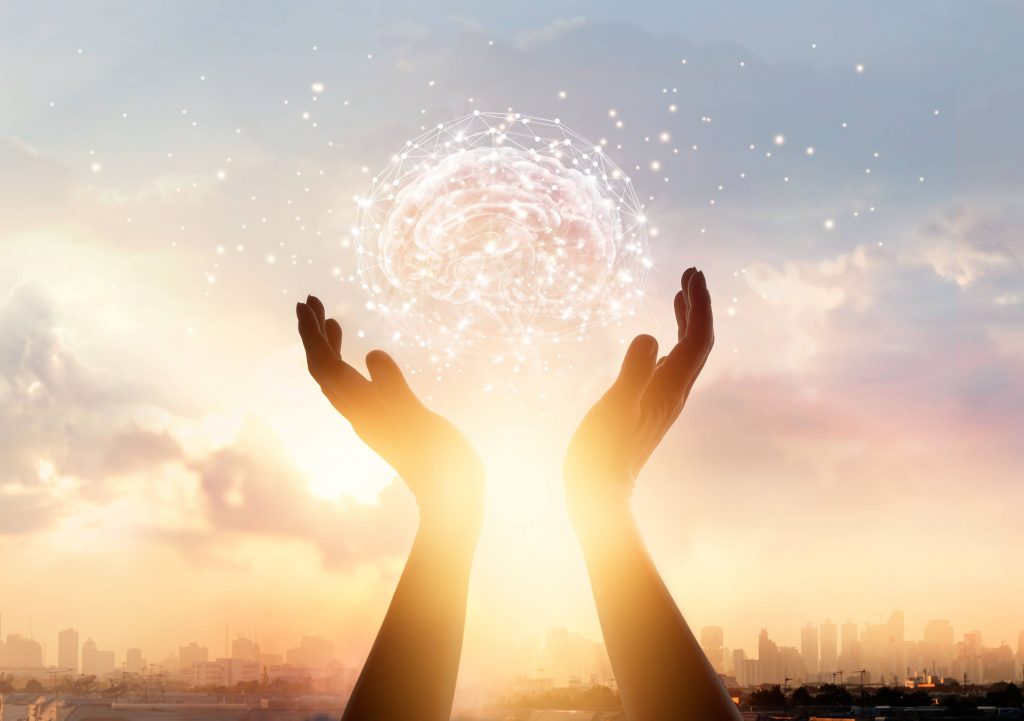 So Centrophenoxine seems to have some great potential benefits. It can improve mood and mental function, repair some of the effects of cognitive aging, and protect neurotransmitters from free radical invasion.

People online are experimenting with smart drugs all the time, and Centrophenoxine experiences are certainly one which is posted about frequently on knowledgeable forums like Reddit.

The overall experiences on Centrophenoxine tend to be mild at the moment. People report small cognitive enhancements, mood improvement, and improved mental energy levels, and that’s usually around 300 mg level.

However, one important point is that people were also taking choline supplements alongside Centrophenoxine to offset some of the negative side-effects, which I’ll talk about in a little while. So perhaps it’s wise to begin experimenting alongside something like Alpha-GPC.

This is the million-dollar question, and it’s the same with most smart drugs. Because there is no real body of scientific research, there’s no benchmarking of dose.

However, when I was researching Centrophenoxine to use myself, I found that most studies talked about doses of around 600 mg, through to 2000 mg per day. I also read that anything over 1000 mg per day could trigger side-effects.

Certainly, where it’s prescribed, doses of around 1000 mg per day seem to be normal. But we’re talking about people Alzheimer’s and dementia here, which means you don’t want to be touching that sort of dose.

Just to warn you, the evidence I’ve seen does suggest that doses over 1000 mg, every day, can after about a week, give you significant headaches, heartburn, and even short-term depression. Obviously, if you already suffer from depression, that could be a big issue.

But because the cognitive benefits develop over time with Centrophenoxine, you’re going to have to take it for quite some time, so I would suggest that you start with 300 mg, and do that for a month, carefully monitoring yourself. 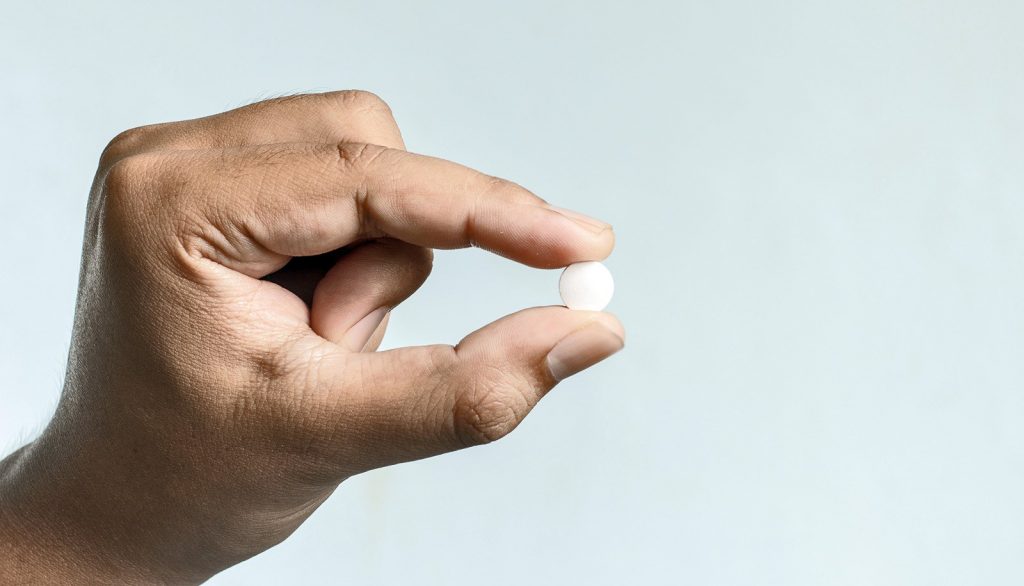 Can Centrophenoxine Cause Brain Damage?

Let’s put this to bed right now, Centrophenoxine cannot cause brain damage. There was some study a while back which seemed to suggest that in the long term it could destroy brain cells, however, that has not been backed up by any other evidence.

In fact, most of the scientific evidence suggests that over time, because it reduces levels of lipofuscin, it actually improves cognitive performance, and does not cause any damage in the brain.

Where this fear may have also come from, is that it raises acetylcholine levels in the brain. While this is fine for most of us, for people with a cognitive disorder, something like bipolar disorder, epilepsy, or Parkinson’s disease, it can actually make the effects worse.

So What Are The Side Effects?

High doses of Centrophenoxine can produce depression, headaches, and anxiety problems. But most people report that these disappear after a week or a few most. When I’m talking high doses, I’m talking 1500 mg, things like that.

But at smaller doses, 300 mg or less, cognitive improvements, with minimal side-effects are reported. Obviously, there is no long-term data for the use of Centrophenoxine, but it is a prescription medication in Europe, and Australia, and therefore must have passed longer-term testing, although they would have been specifically around dementia and Alzheimer’s.

One other thing is pregnant women shouldn’t use Centrophenoxine. So if you are suffering from a bit of pregnancy brain fog, stay clear of this stuff. The reason is that DMAE has been linked to birth defects.

Hopefully, you have now got the lowdown on the benefits of using Centrophenoxine, plus the side-effects to watch out for.

So now it just remains me to tell you where to buy Centrophenoxine. I’ve used this stuff on and off for a couple of years, and it’s had good benefits, but at low doses. I haven’t thought about the fact it’s clearing out my brain for the long term, because I haven’t wanted to commit to that sort of long-term goal.

For me, one company has consistently delivered high-quality nootropics of all types, plus supporting things like choline supplements and nutritional supplements.

It’s called Science.bio. Not a well-known store, but they do sell great quality SARMs and nootropics. You get 50g of powder for $19.99.

On top of that, they offer a wide range of smart drugs and supporting supplements. The prices are good as well, and I’ve never had a problem with anything bought through.

So there you go, the conclusion of my Centrophenoxine review is it’s worth trying. It’s not the most powerful nootropic, especially at lower doses, but it does deliver a mood boost and a memory booster that you will feel. Just watch out for side-effects if you’re going to take high doses during your own Centrophenoxine experience.