Home » Cannabis » Bongs, Bubblers and Joints: The Different Ways to Use Cannabis
Cannabis

Bongs, Bubblers and Joints: The Different Ways to Use Cannabis

Marijuana is now legal in some form in over half of the United States. As attitudes change and more people begin to accept marijuana as a part of society, new methods of consumption are emerging. Whether you’re a seasoned smoker or a first-time user, it’s important to know about all the options available to you. This blog post will explore four popular methods of consuming marijuana: smoking, vaping, edibles, and tinctures. Keep reading for more information on each one!

It would be impossible to talk about marijuana consumption methods without talking about bongs since they are probably the most iconic form of marijuana consumption. Bongs are so iconic in fact, that they have been used for thousands of years. Nowadays, you can find many different types of bongs on the market, and popular brands like Molino Glass have managed to create advanced and stylish bongs that are efficient at the same time. You can undoubtedly find what you’re looking for no matter how picky you are.

A bong is basically a beaker that is filled with water, which acts as a filtration system and has a mouthpiece to inhale marijuana from, and a bowl where marijuana is placed in and burned. Bongs remain popular since they are affordable and easy to use. They are so popular that bubblers, mini bongs, were made for those who like to consume on the go. 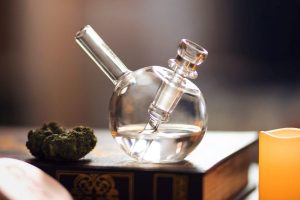 The next marijuana consumption method on this list probably also needs very little introduction and has been a staple of the marijuana community for quite a long time: edibles. Edibles, as the name would suggest, are food products that have been infused with marijuana. They can come in many forms, such as brownies, gummies, candy, lollipops, beverages, and more, meaning there is an edible to suit anyone’s taste.

One of the reasons why this method is so popular is because it has the longest duration of effects (between 6 to 8 hours) of all the marijuana consumption methods.

Blunts can be considered to be marijuana cigars, they are hollowed-out cigars that have been filled with marijuana. The wrapping is actually tobacco-leaf, meaning that there is a little buzz from nicotine when smoking it. Joints on the other hand, are much smaller and are made from rolling paper, which is why they are usually referred to as cannabis cigarettes.

The next consumption method on this list hasn’t been around long enough to be considered iconic, but if popularity is anything to gauge from, it surely is heading there. Dry herb vaporizers are essentially devices that use heating methods like convection and conduction to heat marijuana to the point of vaporization without the use of combustion.

Aside from being a healthy way to consume marijuana, dry herb vaporizers come in a variety of different designs and styles, from pen vaporizers to desktop vaporizers, and more. They also allow the user to choose the temperature that the weed is vaporized at, which changes the effects experienced.

Of all the marijuana consumption methods, aside from edibles, perhaps one of the easiest to use would be tinctures, and that has helped it become quite popular. Tinctures look like little vials made of glass, which houses THC oil. This oil is placed under the tongue using a dropper and the effects are usually felt within 15-30 minutes.

Tinctures have also become popular because the THC it contains can be accurately dosed, and the effects usually last around 4 hours, which is perfect for people using cannabis for medicinal purposes. More than this, they are portable and discreet, so they can be used on the go without any problems.

The final method of marijuana consumption on this list is also quite new, but that hasn’t stopped it from becoming popular in a short amount of time. Dabbing refers to consuming refined marijuana concentrates, such as shatter or resin, using a device called a dab rig.

These devices look similar to bongs, but they don’t use the marijuana herb. Instead, marijuana shatter is placed on a nail which is heated up using a torch. The vapor that is created from this is then inhaled. This method has become popular because it is much healthier than smoking, and also allows the user to consume large amounts of marijuana in a short time.

Turkesterone Full Review: Everything You Need To Know About This Plant Steroid