This complete AC-262 review is going to dive down the rabbit hole of a SARM that you may read about on bodybuilding forums and Reddit.

The problem is that this hardly any information out there about AC-262, also known as AC-262536, and also occasionally by the name Accadrine. So what exactly is it, and is it a SARM (Selective Androgen Receptor Modulator)?

The info is patchy, and I’ve only used this stuff once, but I’ve done my best here to explain to you exactly how it works, the effects it will have, and which SARMs it’s comparable to.

Cardarine, Stenabolic, Ibutamoren, and YK-11 are often classed as SARMs are actually have completely different mechanisms of action. They are not targeting the androgen receptors, and if they produce anabolic effects then it’s through different pathways.

AC-262, full alphanumeric name ac 262 536, is more informally known as Accadrine. The name alludes to the company that created it: Acadia Pharmaceuticals.

Not very catchy is it!

Developed around 2007, it was created as yet another androgenic attempt to deal with degenerative cognitive disorders and diseases, such as Alzheimer’s.

Elevated levels of testosterone have been shown to improve cognition, as well as slowing down cognitive decline prematurely, or as we age.

By being this, it can influence the bodies anabolic response in some areas, while not being a full agonist of problem areas such as the prostate.

Because it’s androgenic in its targeting, AC-262 will produce anabolic effects in line with the other true SARMs, namely, it will increase muscle mass, strength and bone density, sharpen you up, and increase your endurance and recovery.

So in reality, the list of benefits for this will be exactly the same as for other androgenic SARMs:

The real question here is how anabolic is it? How does it compare to other SARMs in terms of its binding affinity in muscle and bone tissue alone, and the potency of which it causes an anabolic response?

The evidence is pretty sketchy, there have only been a handful of studies done, and all of them in animals. Literally, in all the years I’ve been studying and using SARMs, this is the one that’s got the least information out there.

That means you will get far lower anabolic effects than if using Testolone, which exerts a much higher anabolic response with a far lower androgenic impact.

Although a lot of this is anecdotal, you can see that AC-262 isn’t as effective as some other SARMs at binding to the androgen receptors and producing results.

That’s probably why it’s research in humans never happened. The better the anabolic response to androgenic activity ratio is, the better candidate it is for human trials. So if you want to use AC-262 as an anabolic substance for bodybuilding, then that ratio is important, as is the binding affinity.

The studies I’ve found suggest AC-262 has a binding affinity in muscle and bone tissue rated at Ki 5nM.

Compare that to Ligandrol, which has a binding affinity of Ki 1nM. Far higher, as you can see.

Back envelope calculations mean that you will need around five times more to get the same anabolic response. Please be aware that this isn’t conclusive, and lots of other factors come into play, but it’s the best we have.

One other factor is how much of an agonist it actually is when it binds. AC-262 has been shown in animal studies to be a partial agonist, compared to some other SARMs which are full agonists.

Full agonists are more potent, both in terms of anabolic response and of course the side effects as well (suppression). Therefore, you’ll need higher doses to get the best range of effects, but at an increasing level of testosterone suppression. Taking your average dose of LGD-4033 as 5 mg, it means we are looking at a dosage range for AC-262 between 20 – 30 mg.

Cycle length will be dependent on dose. The higher the dose, the more aggressive the lockdown of testosterone production will be. I’d suggest a maximum cycle of around 10 weeks at anything above 20 mg. 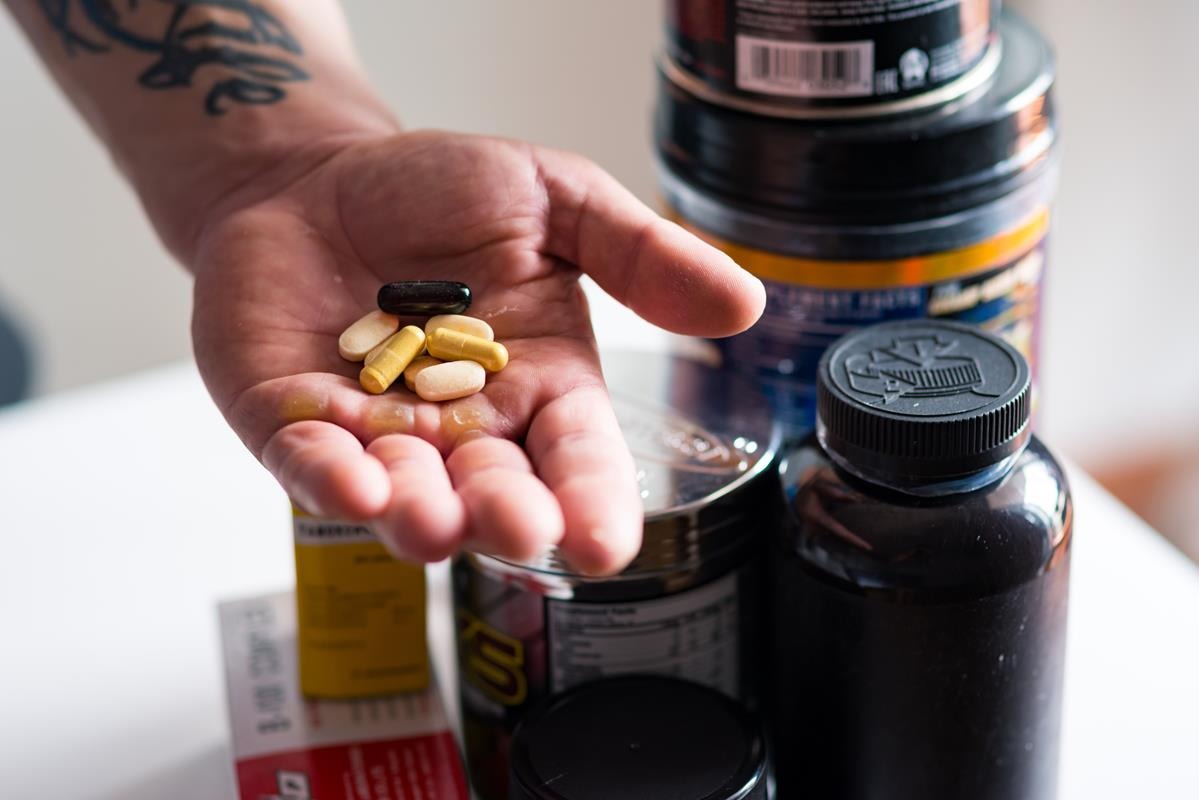 Ostarine Mk 2866 is another true SARM, that exerts anabolic activity by working as a full agonist of the androgen receptors. It’s also not very potent. That’s why Ostarine is seen as a beginner’s research chemical, and why is results in terms of muscle building are quite mild.

In many ways, it’s very similar to AC-262, in terms of its dose range, and its potency.

Ostarine has far more research completed on it though, with dozens of studies completed on humans (although most of these have been on elderly people for cognitive and muscle decline).

Therefore, AC-262 is pretty similar to Ostarine in terms of the overall effects you will get for bodybuilding. Namely, muscle protection in a calorie deficit, and a mild anabolic response with minimal chances of androgenic side effects unless you take a very high dose.

ACP-105 is very similar to AC-262. In fact, it’s another research compound from Acadia Pharma, hence the “AC” prefix being the same.

Again, it was designed by the company to try and address the need for a product that could be used for bone degenerative disorders, and cognitive decline disorders. Both of the research chemicals have been through animal studies, but there have been no published studies in humans.

They are still both in the study though, as there are small studies as late as 2020 available to view online.

Interestingly, the last study I found relating to AC-262 was an equine study to look for signals that could be detected in drug testing within the horseracing industry.

Therefore, that’s an anecdotal piece of evidence that AC-262 works, because it didn’t, then there wouldn’t be studies being conducted in horseracing to weed out horses using this chemical to gain a competitive advantage.

Look, guys, I’ve tried this compound once for a short cycle. It’s like a slightly stronger version of Ostarine as far as I can work out. It’s also pretty similar to ACP-105 at the same dosage range as well.

All three of those SARMs are in the same ballpark for dosing and response.

The side effects you will get are androgenic ones. At lower doses, they will be mild, but if you use higher doses, then it will partially suppress testosterone production.

What’s interesting is that even at higher doses, Ostarine is only mild be suppressive, despite it having a poor androgenic/anabolic ratio that similar to AC-262. Yet, AC-262 is more suppressive from the evidence I’ve seen.

I would say though is that the limited studies done on this chemical suggest it is 14 times less potent than testosterone in terms of affecting the prostate. So it should still be minimal for that side effect.

So if you want to experiment with this, you should expect suppression of testosterone production on some level, being dose-dependent in a linear fashion. 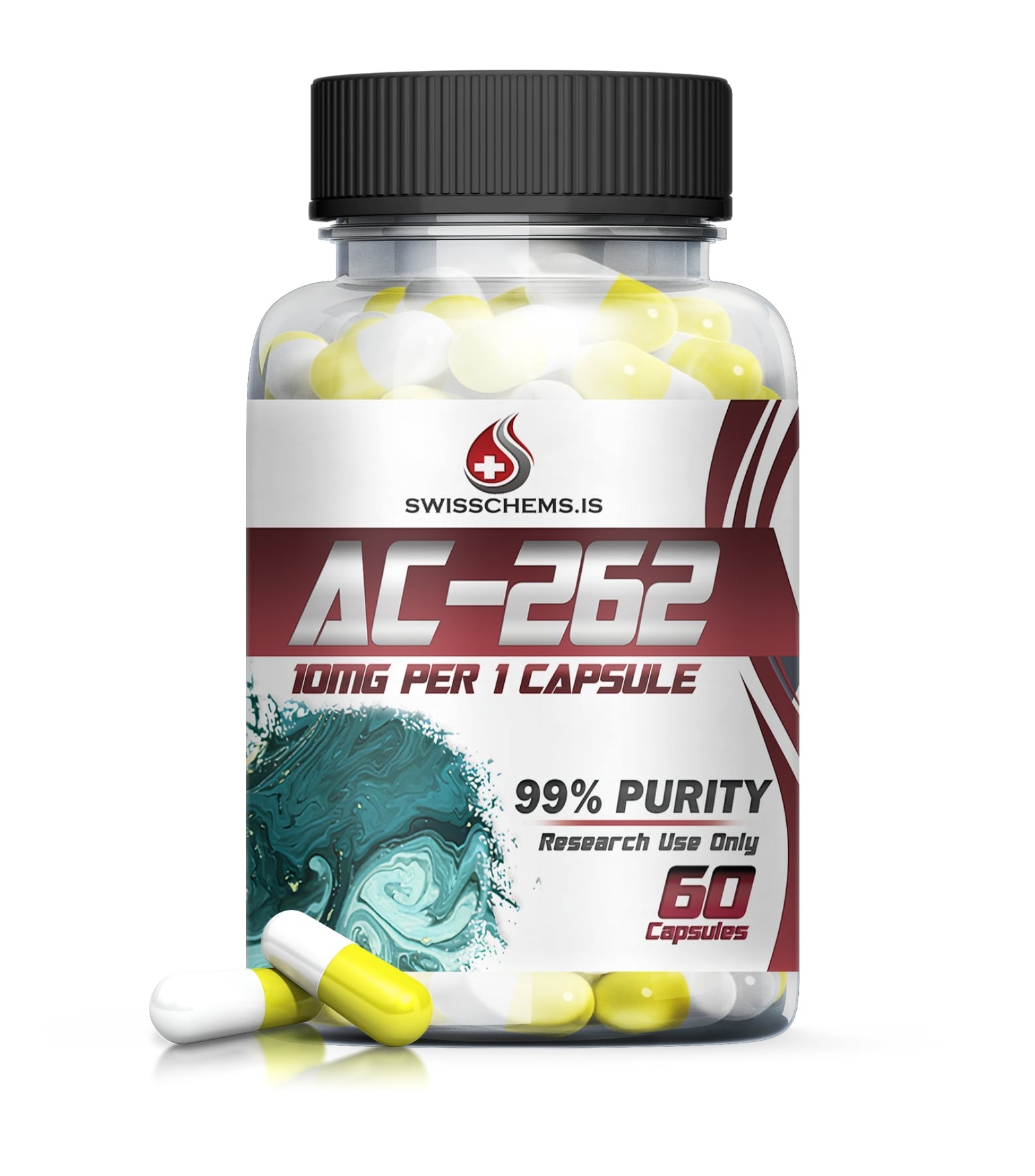 I’ll conclude this AC-262 review/guide by telling you that it’s definitely a SARM in construction and effects, but the exact way it exerts both the positive and negative effects on the body is unknown because of the complete lack of human trials for any purpose.

So treat it with respect guys. Dose at around 20 mg, and make sure you do it after you are experienced with other SARMs so that you can feel the differences in the effects.

One of the big problems at the minute is buying SARMs at all. Supplies have dried up, which is why more and more completely unknown chemicals are being pushed onto the market to replace the supplies of the popular ones that cannot be obtained.

Swiss Chems is one of the few places that sell high-purity AC-262 right now.

60 capsules, each dosing 10 mg, will currently cost you $74.95. Be aware that you’ll get 5% cashback on your purchases as a bonus though.

Using Detox Drinks For Drug Tests In 2023: My Experiment